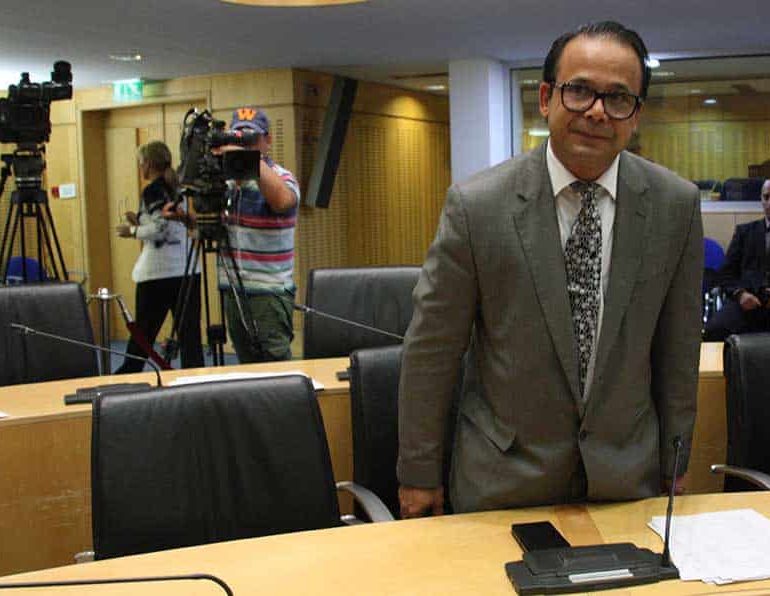 The supreme court on Monday annulled the election of Solidarity MP Giorgos Papadopoulos to parliament, after he had essentially inherited his seat from party leader Eleni Theocharous.

Speaking after court, he said the decision was respected and he would liaise with other parties and his legal advisors on how to proceed.

“From what we have been led to understand, we will proceed with a by-election for Limassol,” he told the Cyprus News Agency.

The supreme court gave no directions as to the next steps.

The dispute began shortly after the parliamentary elections in 2016 when Theocharous, leader of the Solidarity Movement, ran for the seat of MP while also maintaining a position in European parliament as MEP.

After her election as Limassol MP with 3,788 votes, she opted to keep her place as MEP, leaving her seat to the party’s runner up, Papadopoulos who received 767 votes, a far cry from Theocharous’.

This prompted a furore from the opposition, and former Disy MP Andreas Michaelides filed an appeal, as he had won 4,734 votes, making him more popular in Limassol than Papadopoulos.

The supreme court in May 2017 cancelled Papadopoulos’ election but House president Demetris Syllouris, who also belongs to Solidarity, then tabled a proposal, which was eventually voted into law, that allowed seats vacated before an elected MP has been sworn in to go to the next in line of the party.

It was this law that supreme court declared unconstitutional on with a majority of six votes in favour and five against.

The decision said as Theocharous was never sworn in, the seat never belonged to Solidarity to begin with.

“A different interpretation would circumvent the democratic principle of the people’s mandate,” the court ruling said.

It also added the law passed by parliament was unconstitutional as it applied the same procedure for vacated seats as outlined in the constitution, with non-occupied seats.

Papadopoulos said “the Supreme Court’s decision is once again respected.”

Leaving the court, Michaelides told reporters he felt the decision was just.

“I believed from the onset that we were right, that’s why I insisted. It wasn’t a whim nor a personal matter against anyone. It is a clearly political issue.

“I believe at the moment there is no other choice following the court’s second decision, other than a byelection for a seat in Limassol,” Michaelides said.

Solidarity had a total of three seats in parliament, including that of Papadopoulos.