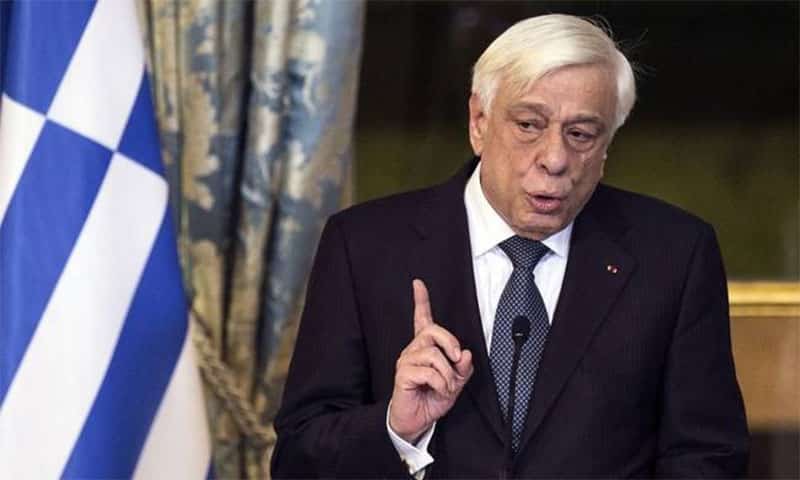 Greece, Cyprus and Egypt cooperate to a great extend and have agreed that the delimitation of the exclusive economic zone (EEZ) will be done in full respect of international law, Greek President Prokopis Pavlopoulos has said.

Pavlopoulos had a brief meeting on Monday with Cyprus President Nicos Anastasiades and their Egyptian counterpart, Abdel Fatah al Sisi in Alexandria. The three Presidents attended the opening ceremony of “Nostos, The return” program in the Egyptian city.

In his statements, President Pavlopoulos referred to the economic cooperation of the three countries. He also denounced statements made by Turkey as regard the Law of the Sea and the violations and threats against both Cyprus and Greece.

The President of the Hellenic Republic also mentioned the need for cooperation in the region in order to achieve peace.
He said that Greece, Egypt and Cyprus are not great forces in arms or power, but can develop a mild power cooperation based on culture, principles and ideals.