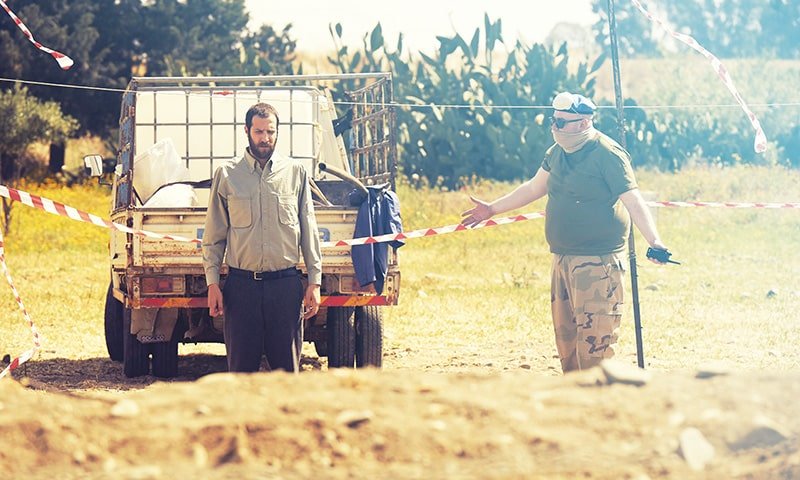 Two cinematically noteworthy things are happening in Cyprus this weekend. The first is the realisation that, out of three new releases, two are based on comics, two are dubbed into Greek, and all three are essentially aimed at children. The second is the closing ceremony of Cyprus Film Days – a festival whose line-up has included four Cypriot films (or films by Cypriot directors) in its National Competition, with prizes awarded on Saturday.

The two things aren’t exactly related – yet the increasing irrelevance of multiplex fare, at least for adults, does focus the mind on local product, and whether it could somehow be upgraded. I’ve only seen one of the four Cypriot films at time of writing, Clementine by director Longinos Panagi (the others are Sunrise in Kimmeria by Simon Farmakas, Chinatown: The Three Shelters by Aliki Danezi-Knutsen and Happy Birthday by Christos Georgiou) – but the point doesn’t lie in the merits of any particular local movie, it lies in the singular buzz of watching local movies in the first place. Making films, technically speaking, has never been easier – yet our country still lags behind, seemingly unable to forge a film industry worthy of the name.

On the one hand, things are getting better. As mentioned last week, Marios Piperides’ Smuggling Hendrix is currently screening at the Tribeca Film Festival (it’s already been called “a laid-back charmer” by Screen International). On the other hand, the four local names in this year’s CFD have only four previous films between them, even though they’re all over 40; two are making their debuts, the others (Georgiou and Danezi-Knutsen) haven’t made a feature in 10 and 17 years, respectively. This year’s Cypriot films have been years in the making; two have been waiting for funding since before the haircut; even Smuggling Hendrix took years of graft to get financed, and then only with German co-producers. Our problem, in other words, is systemic, namely the lack of an infrastructure that will allow directors to make films more often, gaining valuable experience.

The issue is simple: everyone expects the state to help, yet the state has no money (at least for film; it seems to have lots of money for civil servants). I can think of two possible solutions. The first is a more proactive role for television, especially CyBC. TV can be a breeding-ground for filmmakers, as for instance the BBC was for people like Mike Leigh and Alan Clarke – but local TV is a wasteland for creative work, even its prestige productions (such as they are) discouraged from offering any visual style, edginess or dramatic subtlety, i.e. the traits filmmakers have to build if they’re going to compete internationally.

Would it be too much for CyBC to develop something like the Beeb’s Screen One and Screen Two from the 80s and 90s, outsourcing work to production companies to create feature-length drama on a weekly basis? Probably. Still, any kind of serious opportunity would be welcome – especially for the growing numbers of young film-school graduates who might choose to come back, if there were anything to come back to.

The other idea – apart from giving tax incentives for private investors, which needs to happen asap – is to go micro-budget. This is far from ideal, simply because micro-budget films tend to disappear in a crowded marketplace – but the state, at the moment, only has around €1 million a year for film funding, and a single low-budget production can eat up half of that. Rather than give €600,000 to one movie, why not €60,000 to 10 movies? To be sure, this isn’t viable long-term. Films made on that kind of budget (even supplemented with online fund-raising) would be pared down to the bone. But at least it could kick-start a community, as it has for instance on the New York independent scene, and would also allow directors to practise their storytelling on a regular basis – as opposed to spending years making shorts (which require different skills, and have zero commercial life anyway) or just waiting around for their turn to come.

Cyprus cinema isn’t dead, but it’s definitely ailing. This is not about being small; Iceland, a country smaller than ourselves (and with no film tradition to speak of), has made films which have won major prizes – Rams won ‘Un Certain Regard’ at Cannes – and raised its national profile. We do need more funding, even beyond the suggestions mentioned above. We also need more producers (as opposed to directors), who can reach out abroad and broker co-productions.

And we need a local audience, if only to boost filmmakers’ confidence. Film societies do support local movies (Boy on the Bridge played at the Larnaka Film Society recently, with director and stars in attendance), but the mainstream is warier. Last year’s CFD was won by Rosemarie, a dark semi-comedy by Adonis Florides that’s flawed but ambitious, touching on issues from incest to the plight of the disabled; it played a measly two weeks at the cinema, one performance only. Does the multiplex audience really prefer watching films aimed at children? For all our sakes, I hope not.