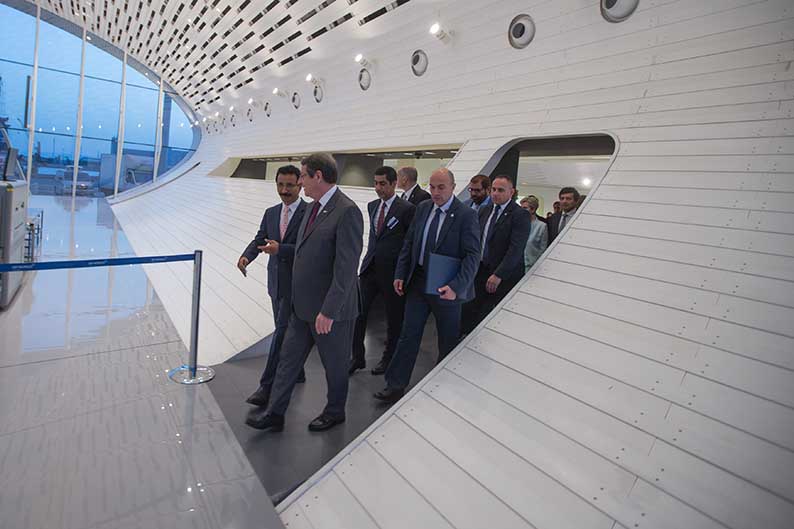 Limassol port serves as a model for what Cyprus can achieve as it is one of the largest projects of the island, President Nicos Anastasiades said on Thursday during the inauguration ceremony of the new passenger terminal.

Dubai’s DP World was awarded a 25-year concession to exclusively operate the multi-purpose terminal in April 2016 and began operations 15 months ago.

Since then over 91,000 passengers were served and 11 cruise lines berthed 85 ships last year.

This marked “a new page in the history of the Cypriot economy” Anastasiades said and “a new era for the Limassol Port and the tourist and maritime industry at large.”

Speaking to a packed conference room at the terminal with over 300 guests ranging from ministers, MPs, tourism officials, the shipping sector and ambassadors, the president said this would “not only provide an important source of revenue for the country but constitute the culmination of a vital project to the development and growth prospects of our country.”

This would be done by upgrading Cyprus’ role in the region “promoting it as an important regional centre of tourist, maritime and trade commerce in the Eastern Mediterranean and beyond.”

DP World chairman and CEO Sultan Ahmen Bin Sulayem said Cyprus and Dubai both share a vision and that has brought the new Limassol passenger terminal to life.

“We have all made this happen. A new passenger terminal that can handle the largest cruise vessels in the world.”

The port spans over 300,000 square meters of land while the terminal, with a total floor area of 8,205 square meters, is separated into three main sections.

They are the cruise terminal, the oil and gas logistics zone and the domestic / transit trade area.

Specifically, the oil and gas logistics zone had been used to support Italian giant Eni’s offshore drilling. With an area of 100,000 meters squared and a 430m berth, Exxon Mobil is also set to use it as a logistics base for when it begins to drill off the island’s exclusive economic zone.

“Today is a celebration of the teamwork and collaboration in creating a new front door for tourists coming to Cyprus. We are proud to be part of a strategic partnership with the government and the city of Limassol to realise this national asset, one that will help develop the growing tourism sector further,” Sulayem said.

“Our aim is to be the port of choice in the Eastern Mediterranean and we want to create infrastructure that enables sustainable growth for the local economy and for Cyprus.”

DP World’s managing director Charles Meaby said he could not believe it had been two years since they were awarded the concession. Specifying the terminal is also available for hire for exhibitions and conferences, he outlined the company is “a result oriented organization” and fully recognizing marine tourism could “be a major economic generator.”

“You have a reputation for the most famous hospitality. We have the ingredients. To quote the mayor, now we must bake the cake.”

Read: a profile of the architect couple behind the Limassol passenger terminal

Police looking at possible link between double murder and 2013 stabbing

Man drowns trying to save nephew