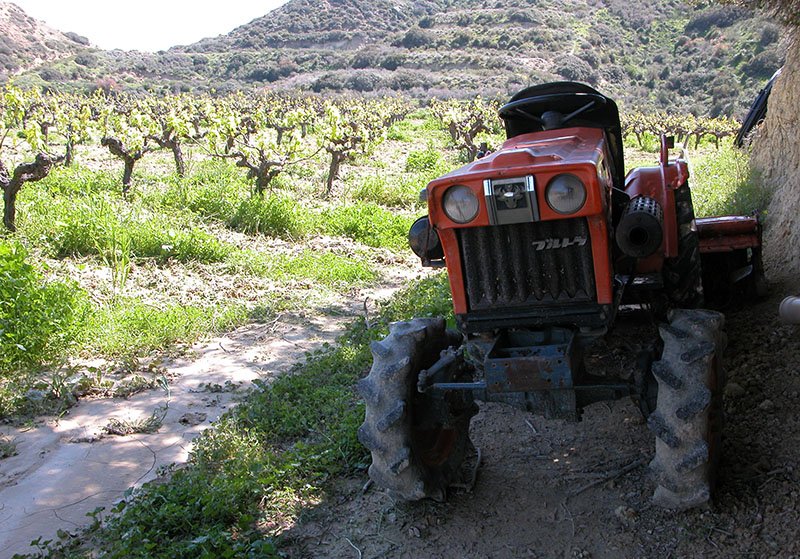 Climate change is expected to have a heavy impact on Cyprus in the coming years with droughts and intense weather patterns taking their toll on not just quality of life but also agriculture, Environment Commissioner Ioanna Panayiotou said on Thursday.

In her address at a conference on viticulture and climate change organised by the University of Technology (Tepak), Panayiotou said that according to climate model Precis water inflow in Cyprus is expected to drop by 23 per cent in the coming years.

“The reduction of rainfall, extreme weather phenomena, the extension of the hot season” will affect the island, Panayiotou said,

Despite agriculture only contributing to climate change by up to 10 per cent, she said, agricultural production is expected to be significantly affected by climate change.

“The threats to rural ecosystems are already visible while soil fertility and water resources are under the greatest pressure,” she said, adding that measures should be taken to improve the environmental performance of production systems over time.

Panayiotou also referred to the impact of climate change on viticulture and wine production, mainly in the countries of Southern Europe, including Cyprus.

She added that international researchers who used 17 different climate models found there will be a dramatic upset in wine production globally as the planet is “constantly warming and the weather becomes more volatile at local or regional level”.

“By mid-century, it is expected that vast areas in southern Europe and Cyprus will no longer be suitable for wine production, with the production of these areas falling by about two-thirds, whereas in the regions of Bordeaux, Tuscany and the Rhine the reduction in wine production is expected to reach 85 per cent by 2050,” Panayiotou said.

Meanwhile, according to Professor Jos Lelieveld, Director of the Max Planck Institute for Chemistry in Germany and Professor of atmospheric chemistry at the Cyprus Institute, heat extremes and water shortages are the specific difficulties related to the Mediterranean and Middle Eastern climate change.

While climate change typically leads to more rainfall in most of the world, the Mediterranean is faced with increasing dryness, Lelieveld told the Cyprus News Agency.

“These aspects affect water and food security, the spreading of disease, human habitability, and potentially migration,” he said.

He said that measurement data and computer model results confirm that temperatures are increasing particularly rapidly in summer, “a time of year when the region already faces hot and dry weather conditions”.

The Professor spoke to CNA on the occasion of the international summit-conference that will take place in Nicosia in mid May and which will address the scientific basis of climate change in the region, its impact and challenges.

The conference Climate Change in the Mediterranean and the Middle East: Challenges and Solutions, will take place on May 18 and 19, in Nicosia under the auspices of President Nicos Anastasiades and with the support of the Representation of the European Commission in Cyprus.

Music for the start of the weekend