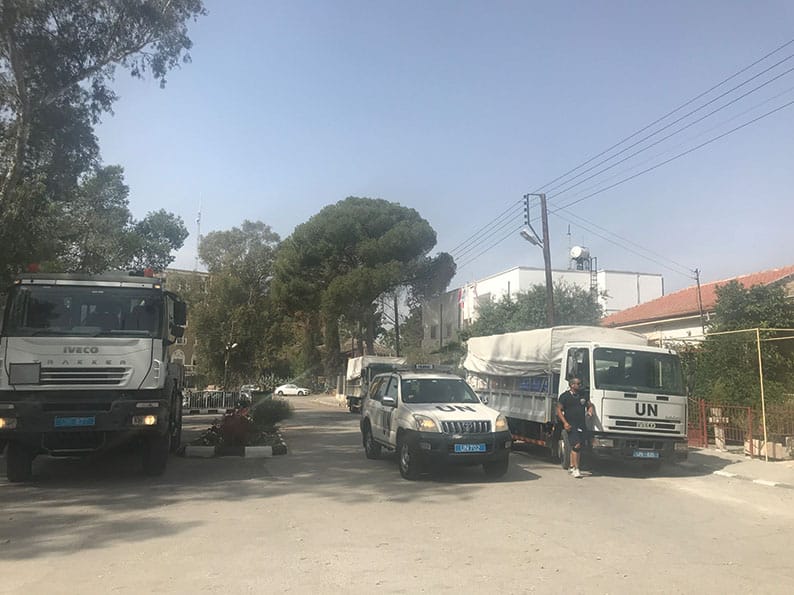 Normally the aid is delivered by Unficyp (Photo CNA)

The dispatch of humanitarian aid to the enclaved living in the Turkish occupied north of Cyprus resumed on Thursday morning, following a decision by north to revoke an earlier decision it had taken in October last year to impose a levy.

Presidential Commissioner Photis Photiou told CNA that three trucks of the United Nations Peacekeeping Forces in Cyprus (UNFICYP), after loading humanitarian aid from the government stores, crossed to the north at the Ledra Palace checkpoint without any problems.

He said the same procedure would be repeated Friday for the Maronite villages.

The Turkish Cypriot side decided to impose a levy last October. The government had made clear that it would not, under any circumstances, pay such a levy. Last month, the ‘council of ministers’ in the north decided to revoke the decision.

We will be Guaba-ing again this summer