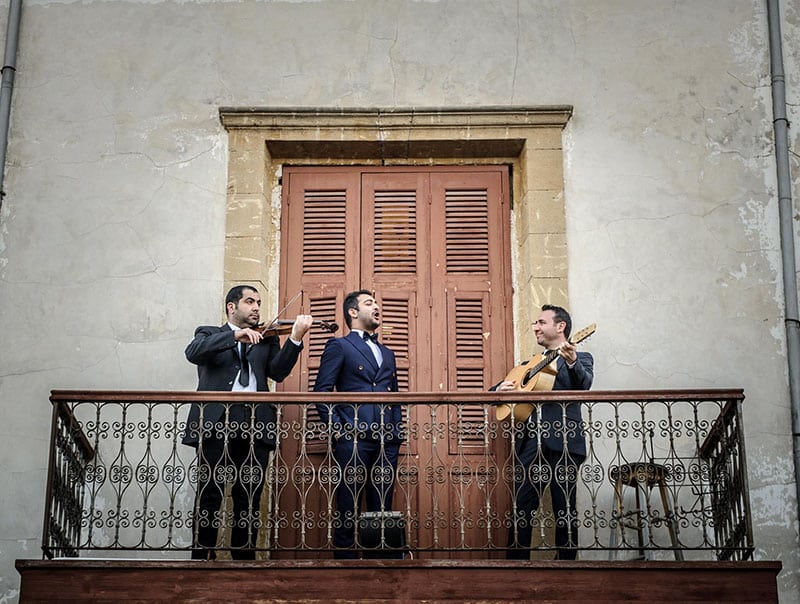 For those who are into the more classical side of music, Paphos will be the city to get your entertainment tomorrow, while those who prefer a more Rembetiko feel should head to Nicosia – specifically, the old town – to start off your weekend.

The classical music in Paphos will be coming from award-winning pianist Manolis Neophytou and the experienced cellist Doros Zisimos, who will be celebrating the 185th anniversary of the birth of Johannes Brahms and also the music of Sergei Rachmaninoff (this year marks 75 years since his death) in a performance at Technopolis 20 Cultural Centre at 8pm. The two musicians will come together to perform ‘Sonata in E minor op. 38 for cello and piano’ by Brahms and the ‘Sonata in G minor Op.19 for piano and cello’ by Rachmaninoff – two pieces that are as demanding as they are mesmerising.

Zesimos studied at the National State Academy of Music in Sofia, Bulgaria and at the Contemporary Music School in Thessaloniki. He has been a principal cellist of the Cyprus Youth State Orchestra and a member of the Cyprus Fulbright Ensemble. He has performed works by Cypriot Composers Fedros Kavalaris, Georgios Karvelos, Evagoras Karagiorgis, Nikos Vichas and Constantin Papageorgio and has also collaborated with soprano Maria Papaioanou and maestro Marco Balderi.

Homage to Greek Music is the title of his first CD, which was published in 2006 and received a very good review from Mikis Theodorakis. He has also written music for a documentary by Alessia de Ninno which received a prize at the NFT (National Film Theatre) in London. He currently teaches piano at the Arte Academy of Music, the European University of Cyprus and at the state music Lyceum in Limassol.

If Brahms and Rachmaninoff are not your cup of tea, then the performance by Trio Levante in Nicosia will get you as close as possible to the old sound of the Smyrna and Rembetiko genres. The trio does this by interpreting these songs with the simplicity of the instruments used for recordings at the time. This technique aims at getting the audience acquainted with the musical variety of the genre, its composers, and the way the music was performed at the time.

Their first album, Astika Laika Tragoudia, was released in December last year and was presented, with much success, in Nicosia and Ayia Napa for the first time. If you haven’t met the trio yet, or heard the songs from their album, this is the perfect chance to mingle, listen and have some dinner too.

The three musicians who make up Trio Levante – Petros Kouloumis, Pavlos Michaelides and Pantelis Ionas – will get your feet tapping while you have your fill of Lebanese food at the Zaatar Food and Arts Project.

‘Climate change to have heavy impact on Cyprus’

US team arrives in China for trade talks