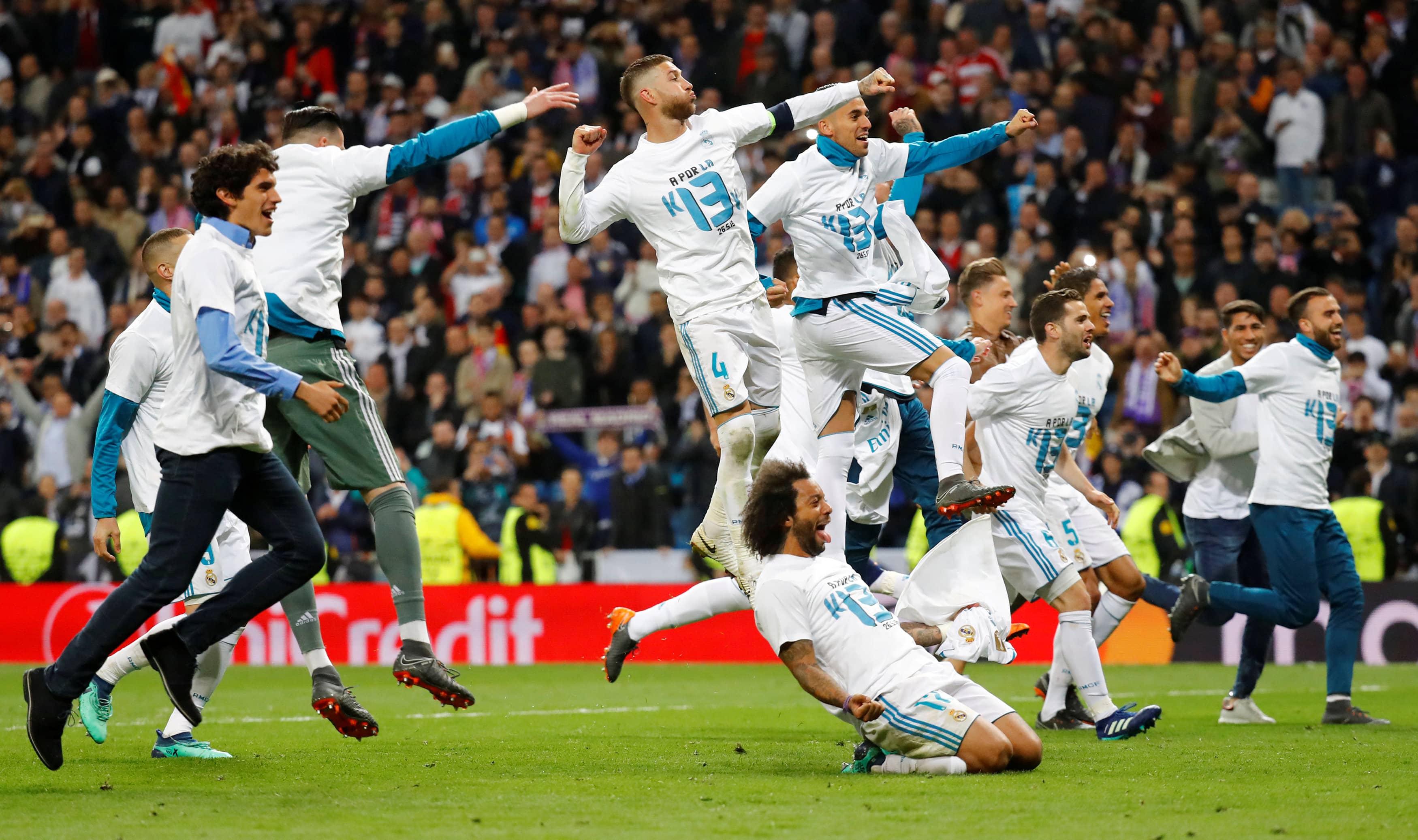 Both Real Madrid and Barcelona have had cause to celebrate ahead of this weekend’s El Clasico.

Los Blancos advanced to their third successive Champions League final thanks to a 2-2 draw (4-3 aggregate win) against Bayern Munich on Tuesday, two days after Barca sealed the LaLiga title with a victory at Deportivo.

Though Real cannot catch their great rivals in the domestic league, they will be desperate to prevent them finishing the season unbeaten in LaLiga.

Here, Press Association Sport looks back at some previous classic encounters between the two.

A year earlier Barcelona had thumped Real 5-0 but the tables were turned in early 1995. The hosts’ victory was inspired by ex-Barca forward Michael Laudrup, who had left Catalonia for the Spanish capital in 1994. Chilean striker Ivan Zamorano grabbed a hat-trick, future Barcelona manager Luis Enrique added a fourth and Jose Amavisca completed the rout. Real would go on to the win the league having seen Barca crowned champions for the previous four campaigns in a row.

The day a teenage Lionel Messi announced himself to the world with his maiden hat-trick. In a pulsating opening half an hour, Messi twice equalised for Barca, cancelling out Ruud van Nistelrooy strikes on each occasion. The home side were reduced to 10 men before the break when Oleguer was dismissed and Real led again through Sergio Ramos. However, Messi salvaged a point for his side by completing his hat-trick in stoppage time of an enthralling contest.

Newly-crowned champions Real were afforded a guard of honour onto the Bernabeu pitch and their visitors continued to be humiliated once the game had kicked off. Raul, Arjen Robben, Gonzalo Higuain and Van Nistelrooy were all on target for a Los Blancos team celebrating back-to-back titles. Thierry Henry grabbed a consolation but Xavi was sent off late on in what proved to be one of the final matches of Frank Rijkaard’s reign. His successor was one Pep Guardiola.

This was a fifth successive El Clasico victory in LaLiga under Guardiola for Barcelona and the heaviest loss of Jose Mourinho’s managerial career. Guardiola’s Barca would be called “the best team we have ever played” by then-Manchester United boss Sir Alex Ferguson six months later and they showed why here. David Villa scored twice while Xavi, Pedro and Jeffren also grabbed goals, in a win that came amid a run of 10 straight Barcelona victories.

The balance of power had shifted in a campaign where Real secured a LaLiga and Champions League double. Yet, once again, it was Messi who would hog the headlines in their meeting with Barca. Having not scored in six Clasicos, Messi levelled following Casemiro’s opener. Ivan Rakitic put the visitors ahead once again only for James Rodriguez to reply for 10-man Real with five minutes remaining. Yet Messi once more delivered with a stoppage-time strike, his 500th for the club, and one that was celebrated by him holding up the name on the back of his shirt to the home support.