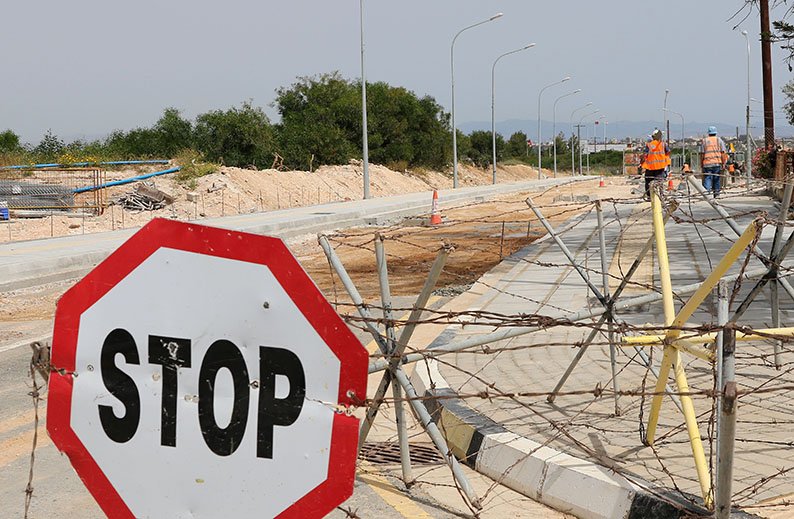 Works on the Dherynia checkpoint are all but done from the Greek Cypriot side, head of the technical committee for checkpoints Sotos Zackheos said on Friday.

Speaking during a visit to the checkpoint with chief negotiator Andreas Mavroyiannis and foreign ministry reps as well as public works technicians, Zackheos said they were inspecting the ongoing works ‘so that we are sure that the checkpoint from the technical side will be ready to operate according to the timeline set by the president’.

During the dinner between President Nicos Anastasiades and Turkish Cypriot leader Mustafa Akinci on April 16, the President had said the Dherynia checkpoint could potentially be ready by July 1.

The checkpoint between Lefka and Apliki is expected to open mid-September.

Speaking to the Cyprus News Agency (CNA), Zackheos said the works were pretty much done on the Greek Cypriot side and all which was left to see was when the works in the buffer zone would be completed.

Army and police officers were also present during the visit and next week the officials will be visiting the Lefka checkpoint.

US official says Cyprus not open for illicit business