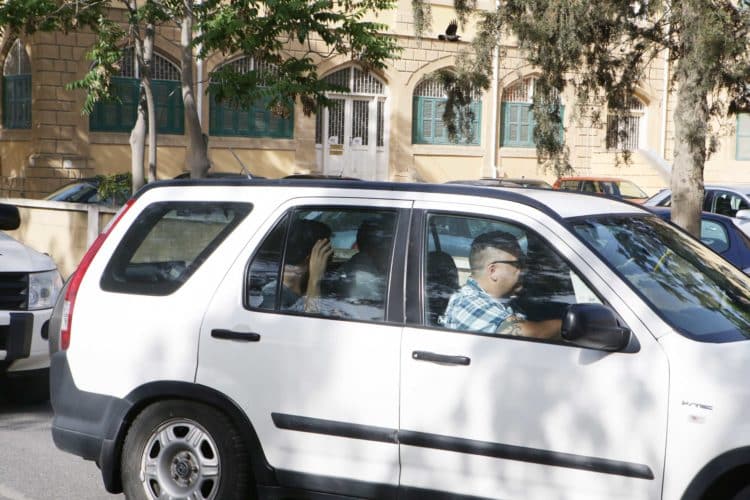 A 33-year-old man has admitted to killing a couple found stabbed to death in the bedroom of their Nicosia home in April in what appears to have been a botched robbery, police told a Nicosia court on Friday.

“The suspect was questioned and after he was cautioned he admitted that he killed the two victims and led police to their house,” Nicosia CID chief Koumettos Koumettou told the district court.

“He pointed out the manner in which he entered the house, as well as the points where he committed the offences of the case in question.”

Police on Friday asked the court to renew the eight-day remand order for the suspect, held in connection with the brutal slaying of teacher Giorgos Hadjigeorgiou, 60, and his wife, Dina Sergiou, 59, on the night of April 18 to 19.

The man has also been implicated by three other suspects held by police in the same case – his 22-year-old girlfriend, his brother, 23, and another man, 22.

The four had apparently planned to rob the couple.

The 33-year-old was arrested by police a week after the shocking crime on Zalongos Street in Strovolos.

The suspect said he had known the house since 2012, when he did some work on the windows. Police told the court they had found a sliding window open.

At the scene they found a sword, a club and a pair of shoes they later linked to the 33-year-old.

When he was arrested the suspect told police he wanted to tell them everything.

Police told the court they had witness testimony saying the suspect had told a relative two days before the murder ‘tomorrow I will be rich and I will buy all the houses here and I will kick you out of the house’.

The court heard that the suspect left his home on Wednesday, April 18, at around 9.30pm and returned at 4.40am on Thursday.

Inside the car, officers found two notebooks in which the suspect had written all the facts relating to the case, Koumettos told the court. His girlfriend also wrote in the notebooks.

She told police that they all met at their house on April 18 to organize the crime. According to investigators, the woman said the suspect had told them he may have to kill the residents.

Police said he and one of the other men planned to go to the house, tie up the residents and then steal a safe which the suspect knew they had.

The court heard that the man had asked his partner and his brother to stay at his house in Aglandjia and wait for his call. The plan was for them to drive to the house to pick up the stolen goods.

Authorities were alerted after the couple’s 15-year-old adopted son went to a neighbouring house at 1.35am saying his parents had been murdered and that he had been locked in the basement but managed to escape.

A few minutes later, an unknown man entered his room and told him he had killed his parents and asked him where the money was.

The suspect asked the boy to open the kitchen door, which he did, and a second, hooded individual, came in. That individual is the 22-year-old, the fourth suspect arrested by police.

The boy managed to take a good look at the suspect, whom he described as being around 1.70m tall with a dark complexion.

Conte distances himself from Salah sale