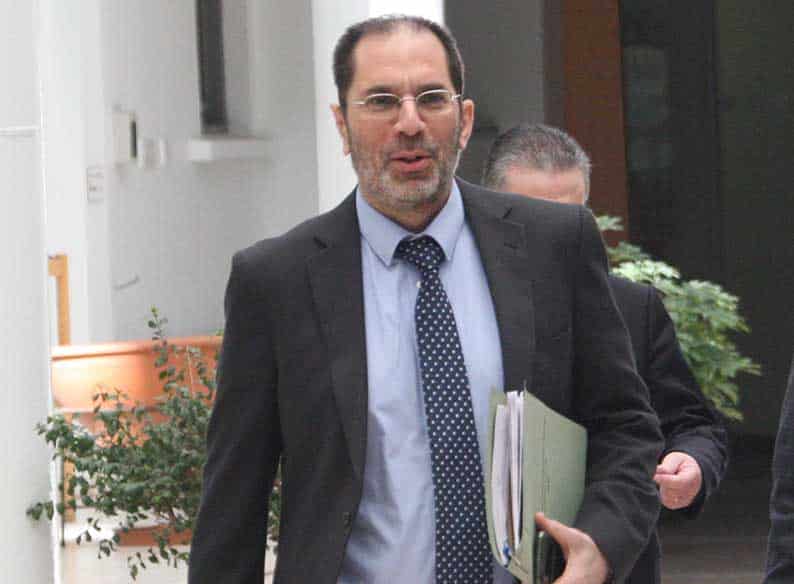 THE latest report by the audit office on local government paints a bleak picture of the state of affairs in municipalities, communities and sewerage boards, Auditor-general Odysseas Michaelides said on Thursday.

The findings for 2016 refers to unlicensed petrol stations, irregular use of service cars, unsustainable payrolls, uncollected taxes, and mismanagement.

The existence of so many municipalities and communities, Michaelides said, leads to squandering of public funds.

“It is obvious and it should be understood, that the current situation is not sustainable and that measures ought to be taken,” he said.

The report, he said, records a very large number of cases that have been sent to the attorney-general for criminal investigation and many other cases of mismanagement.

Likewise, the report said that the current situation in local government is not sustainable and therefore, its restructuring ought to be a top priority for the government and the legislature.

Just hours later in Larnaca, President Nicos Anastasiades said his administration was willing to consider increasing the annual state grants to municipalities. “But on one condition – that we reform local administration,” he added.

The government’s proposal for local government reform involves reducing the number of municipalities, creating ‘clusters’ of district authorities and streamlining services such as water and sewerage.

The stated aim is to reducing operating costs via consolidation.

The government has tabled a number of bills which have been languishing in parliament.

Referring to its 300-page report, the audit office said that the large size of the tome “could reasonably be related to the extremely large number of local authorities, which we believe is in conflict with the principles of economy and efficiency”.

It said that the majority of municipalities face serious financial and liquidity problems, which would be greater if the state aid did not reach in many cases up to 40 per cent of their annual revenue.  Taking into consideration, the report said, that state aid has been reduced, due to restrictions imposed by public finances, the financial situation of municipalities is not expected to improve.

The audit office also suggests municipalities review the annual 14th salary allowance citing unsustainable payrolls. The 14th salary, it said, amounts to between 40 per cent and 70 per cent of a monthly wage, depending on the number of employees.

It also said that the regulations in 2011 on the pensions of retired mayors, and their retroactivity to cover those who served in the past, means that very large sums are needed to cover the increasing needs.

In several cases, it said, the pension is higher than the salary the beneficiary was getting while in office. The 2011 regulations provide for an increase in mayors’ minimum monthly pensions from €598 to €1,200 if they served one term, and to €1,500 for more terms. Widows of mayors also get a minimum pension of €900 or €1,000 per month.

The report also said that one fourth of the 212 petrol stations operating in 30 municipalities, did not have operation permit as they do not meet conditions set by the law while seven were given a permit irregularly.

It also said that within the municipalities of Nicosia, Limassol, Larnaca, Paphos and Strovolos, private parking lots operate without the necessary permits and without paying the local authorities any taxes and fees.

“Outside working hours, service vehicles ought to be parked in an area designated by each municipality – but not in the homes of their users,” the report said.

It also found that eight vehicles belonging to the Nicosia sewerage board (NSB) are being used by a number of officials to get from their homes to work, instead of being parked at the premises of the organisation at the end of the working day.

“As the deputy director informed us, said vehicles were given for standby purposes. However, our office does not consider this to be a sufficient justification,” the report said.

In general, it said that several municipalities continue to experience serious weaknesses in the proper and efficient operation of their services, mainly due to the non-faithful application of laws, regulations and procedures, the weaknesses of internal control systems, the failure to complete computerisation and the problems faced by some of the software applied, and the incomplete organisation / management of their archives.

As regards sewerage boards, it said that they fail to take legal measures for the collection of large sums in taxes owed to them by consumers. Also, most sewerage boards do not apply internal audit procedures.

Our View: Benefits of port’s privatisation far outweigh the negatives