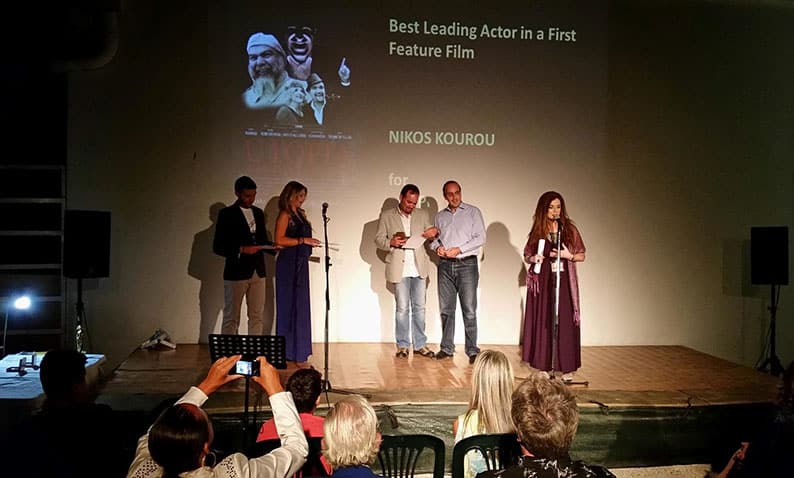 Preparations are already underway in Paphos for the 13th Cyprus International Film Festival (CYIFF) to be held in the coastal town in June.

Festival Director Petra Terzi told the Cyprus Mail that this year films relating to peace will be able to submit in a new category, as will films in a new section called 50/50 crediting 50 per cent men and 50 per cent women. There is no restriction in genre, length or year of production, she said.

50/50 aims to encourage females in film production and refers to not only the actors but also the crew. This category’s selected films will help promote equality for men and women in film, Terzi said.

In addition, female directors or producers can submit their films to compete for the Aphrodite Cinematic Award. There is no restriction regarding the production year, the genre or the length of the films in this category.

Palia Ilektriki Cultural Centre, Attikon outdoor theatre and Neapolis University amphitheatre will be used as the festival’s 2018 venues. The festival runs from June 23 until July 1, when the Golden Aphrodite awards ceremony will take place at Palia Ilektriki.

“We are in Paphos again this year and we hope to stay here, we love Paphos, it’s convenient for participants to travel and stay here, and our main award, the Golden Aphrodite Award is connected with the history of the area,” Terzi said.

A director wins this award for their first or second feature film and there are a total of twelve awards in the feature films category, as well as accolades in other categories.

The event also includes an exhibition of photos from Rhodes and Cyprus and a musical concert.

“There will also be a monologue play based on a Greek poet. As a film festival, we would like to combine all of the arts, not only film screenings” Terzi said.

There will also be many opportunities for participants to meet and an outdoor networking event will also be held around the swimming pool at Neapolis.

Submissions can be made through the platforms Filmfreeway and Withoutabox and will close in May.

“We try to accommodate as many films as we can and encourage more directors from all over the world to attend the festival. If we had the possibility to also offer hospitality this would increase the attendance of overseas directors and actors,” Terzi said.

Short films and feature films from many different genres can be entered, and focus will be placed on humanitarian and social subjects.

Entry to the public is free and the festival programme will be announced during the first week of June.

Volunteers are now needed both during the festival and beforehand to greet people, give them information and run the equipment and social media promotion.

This year the festival is supported by Paphos municipality, the Cyprus Tourism Organisation and Neapolis University. It was inaugurated on March 23, 2006 by the then Cyprus Minister of Education and Culture Pefkios Georgiades.

For further information or to volunteer: www.cyiff.cineartfestival.eu