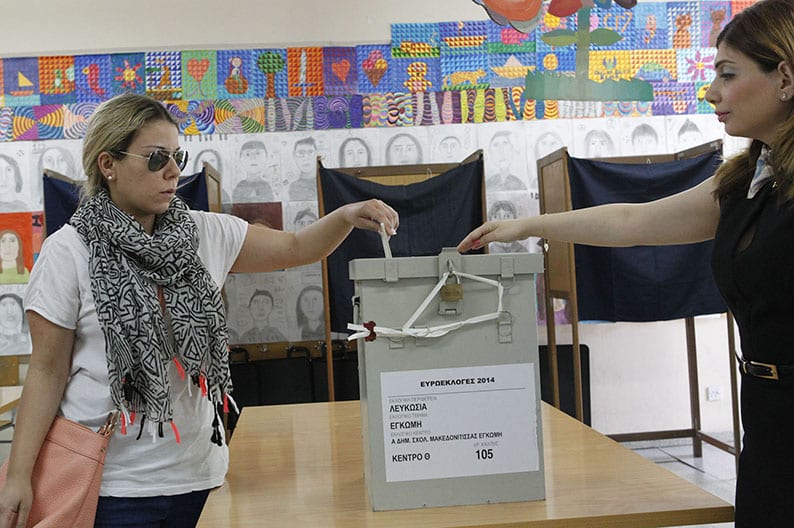 IN the next few days, the House interior affairs committee is expected to discuss the introduction of horizontal voting, mainly supported by the smaller parties. If it’s passed it could be put into effect in next year’s European parliament elections. The basic principle of horizontal voting is that we will be able to vote for a number of candidates – as many as the preference votes for the district – standing for different parties.

According to the existing election law, the voter in the Euro-elections can give a preference vote to a maximum of two of the six candidates in a party combination. With the adoption of horizontal voting, one of the two preference votes could be given to the candidate of another party or to an independent candidate. In this way the parties would be annulled. The verdict of the electorate would be blurred to such an extent that it would be difficult to reach any conclusion about trends in politics, and especially the Cyprus problem which concerns all of us.

The leaderships of the parties would be relegated to a secondary role while election campaigns would resemble coffee-shop banter or, worse still, a stupefying din. It would be a blow to democracy within which the citizen votes for a party based on its election manifesto, that is, chooses principles and not individuals. Everyone’s vote has justification in terms of ideology and message.

With the introduction of horizontal voting many would be inclined to vote for candidates they ‘like’ and want to reward with their vote – a liking that is totally irrelevant to politics – or candidates from whom they expect something in exchange or rusfeti: koumbaros, relatives, friends, celebrities, even footballers as is the case in third world countries. We could imitate Liberia which last year elected as president George Weah, a famous footballer who had a glowing career playing for Paris Saint-Germain and AC Milan. As one French journalist remarked, if we ignore the difference in rewards and renown, there is no difference between a footballer and road-sweeper.

Consequently, the top disadvantage of horizontal voting that must be understood, even by the few bird-brained deputies, is that it would strengthen nepotism and at the same time undermine meritocracy, democracy and equality. The problem of nepotism is deeply rooted in Cypriot society and I wonder if we have realised that rusfeti, as it is called, and our failure to implement meritocracy has cost the Cyprus economy tens of billions of euros, not to mention the moral aspect of this major problem.

It suffices to note how much more productive the civil service would have been if since the establishment of the Cyprus Republic in 1960 we appointed the “best of the best”, an expression used and abused by our president that is viewed by everyone as a bad joke. How do we now eliminate rusfeti? Certainly not through legislation. Should I mention that rusfeti constitutes a criminal offence and that until now nobody has been charged for breaking the law?

This leaves us with two strategies. The first involves changing mentality through education, but it is a long-term strategy that could require two to three generations to yield results. The other is much easier and could prove effective in the short term: the improvement of the institutions so that rusfeti is nipped in the bud. There is no space to develop this issue which is why I will just give one example to illustrate it.

We are all aware of how many patients are anxious over whether they are entitled to have a serious operation without paying. To secure approval for funding the operation, close relatives in many cases beg deputies and ministers until finally the pleas are successful. With the implementation of Gesy though, everything will change because everyone will be entitled to healthcare, regardless of the cost, and in such cases rusfeti would become superfluous.

The loud-mouthed champions of horizontal voting maintain that the low turn-out at elections in recent years reflect a lack of interest in politics and that horizontal voting would galvanise indifferent voters. Nothing could be further from the truth. On the contrary, a high abstention rate could be attributed – shocking as this may sound – to democracy maturing.

Take for instance the parliamentary elections in Cyprus: most voters rule out the parties of the so-called centre because they support a bizonal bicommunal federation. Consequently the choice is between Akel and Disy. A large proportion of these people face a big dilemma – on the one hand they do not want to vote for Akel, a party that still waxes lyrical about the Soviet economic model and is vehemently against privatisations, but on the other they cannot bring themselves to vote for Disy which even today still honours the criminals of Eoka B. Therefore, they reluctantly decide to cast a blank vote or not go to the polling station. It is a conscious decision that reflects a growing democratic maturity and deserves respect rather than ridicule.