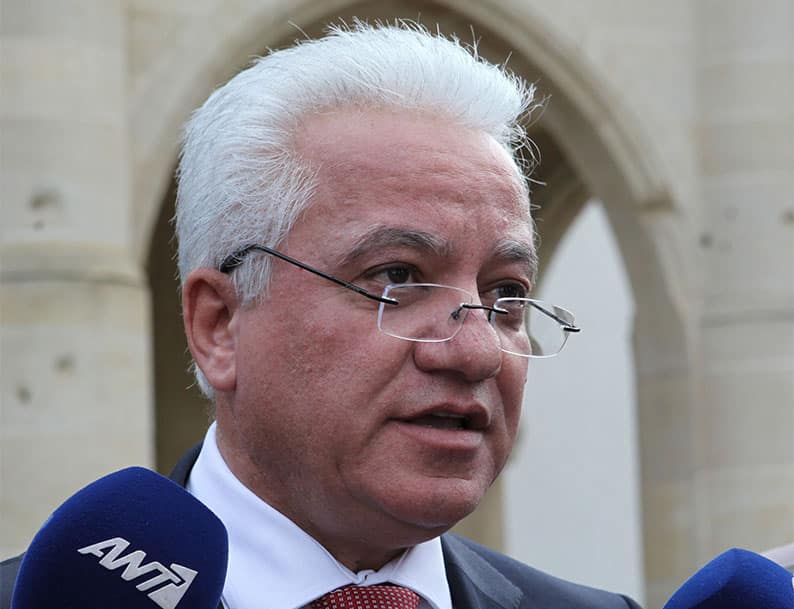 Police will come down hard on people who target them, Justice Minister Ionas Nicolaou said on Monday, as he pledged a more visible presence amid criticism over the force’s performance.

In the aftermath of a shooting in Limassol on Saturday night that saw a police officer critically injured, Nicolaou once more appealed to political parties to afford authorities the power to monitor telephone communications so that it can act preemptively.

“We have taken a series of measures that reinforce the police and the effort to tackle crime and we will continue to take additional measures,” the minister said.

He said a meeting has already been held and more will follow as the force reforms its operational potential to be more effective.

“Police presence will be more visible, all those who have gone against the police will feel the pressure,” Nicolaou said.

However, the police should not be expected to fight alone, he added, asking for more means to be afforded to the force so that it can also prevent crime.

“To achieve this, we must eventually allow the police to monitor telephone communications,” he said.

Nicolaou said the force must be allowed to record events and sound outside a suspect’s house, assuring that all safeguards will be put in place so their power is not abused.

“It is an issue that was discussed many times. My effort is to find, together with political parties, a balance that will secure the necessary guarantees but give the police the power to work more effectively,” the minister said.

Main opposition Akel was scathing in its criticism, reminding Nicolaou that when in the opposition, he was always demanding people’s resignations.

Whatever the administration says, unfortunately the reality is serious crime has worsened with an emphasis on offences against people and property, MP Aristos Damianou said.

“The people are experiencing a strong feeling of insecurity.”

Damianou said one reason for the force’s poor performance were the austerity measures.

“salaries and shift allowances have been cut, but primarily, the outfit’s operational ability morale has been hurt.”

The MP accused the government of undermining top police officers just to install their own people  but there was also the “miserable but existing minority of dirty cops. And the administration knows this well.”

“The president’s reference about zero tolerance would have had value if it were done in his first and not the sixth year of his administration.”