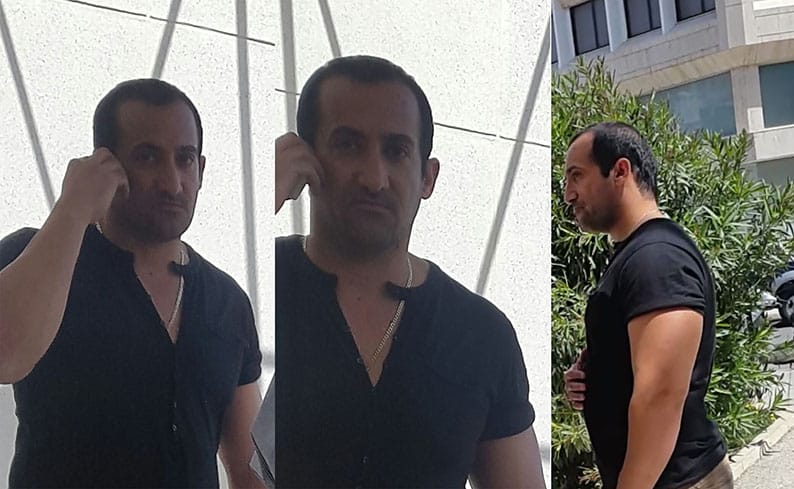 Police on Monday continued efforts to locate two suspects thought to be involved in a weekend shootout in Limassol that saw an officer critically injured and a second one sustaining lighter injuries.

The 37-year-old officer, Giorgos Georgiou, who was airlifted to Israel on Sunday, is said to be in stable condition. His colleague is being treated at a private clinic in Limasol.

“His condition is stable, he has spoken to his wife,” Health Minister Constantinos Ioannou said.

Ioannou said they were now waiting for the doctors’ prognosis.

Following the incident, police announced on Monday that they were poised to take “zero tolerance measures against organised crime”, among them setting up a special operations unit based on the UK model.

The two officers were shot at in their car, at about 10pm on Saturday, after responding to a call about a parked rental car in Ypsonas whose three passengers were behaving suspiciously.

On arrival at the scene, shots were fired at the patrol car and the officers returned fire.

Three suspects, including one woman, have so far been arrested, and police put out a wanted person bulletin for another man, Elias Mouzos, suspected of being linked to Saturday evening’s incident in Ypsonas.

Police did not provide more information as to what the suspects were planning to do before the patrol car arrived, but media reports said they were discussing a murder plan.

Mouzos, reports said, was the third person in the car, along with the two men who were arrested on Sunday, and was the one to fire at the patrol car.

The force’s spokesman, Andreas Angelides, said the 33-year-old woman was remanded in custody for eight days on Sunday. The woman is the one on whose name a car involved in the gunfight had been rented.

The second suspect, a 31-year-old man, was detained on Sunday in Limassol. The man had injuries thought to have been caused during the gunfight with the officers. The 35-year-old was arrested later on Sunday. They were both remanded on Monday for eight days.

The incident cast shadows over the force’s ability to cope with serious crime, with reports quoting officers saying they were understaffed and underequipped.

“Considering the increased demands, the new forms of crime, like cybercrime, asymmetric threats and terrorism, the police are operating with 478 fewer members — because there are 478 vacancies,” he said.

Angelides said a substantial number of the force’s members were dealing with ever increasing terrorism issues.

Regarding reports that there weren’t enough bulletproof vests to go around, Angelides said the force currently has 632 from fewer than 50 in 2013. The force numbers some 4,900 officers.

It also expected 380 more this year, he said.

Following a meeting of the force’s top brass on Monday, chief Zacharias Chrysostomou gave “specific orders based on the results of which, very soon, decisions and measures for zero tolerance against organised crime will be taken,” including a special operations unit a police announcement said.

Chrysostomou said that organised crime undermines public order and security and that the police will make arrangements clamp down on it with all the legal means in its disposal.

He too referred to the problem of understaffing of the force and called on the state to fill these empty posts and by promptly ridding police of non-police duties. Police had long ago requested to be relieved of duties such as enforcing the smoking ban, monitoring noise pollution and checking if premises have permits to sell alcoholic drinks, which could be carried out by other state services.