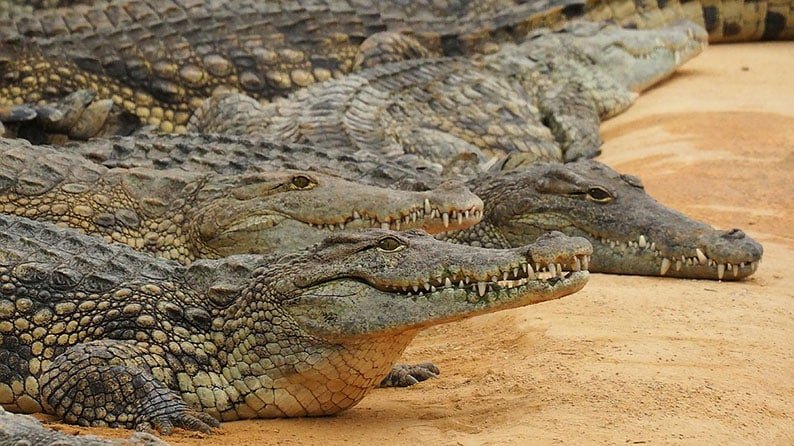 The Audit Office on Monday threw its weight behind those against the building of crocodile park in Cyprus, questioning the intentions of the investors and arguing they could expand it into a breeding farm and utilise their right to trade within the EU.

In a report dedicated especially to the controversial issue, the Audit Office said that its findings highlighted gaps in existing legislation, as there are no provisions on the creation of theme parks.

Even though a bill providing for crocodile parks has been drafted and sent for vetting, the service said, the agriculture ministry admitted that state services lack relevant expertise.

The report mentions that several state services had admitted before the environmental impact assessment committee their lack of expertise and had used “information acquired through online research”.

Although the company has provided an agreement with a private veterinary doctor to provide care for the crocodiles, no government control was made to confirm that the vet in question is specialised in such animals, it said.

There is lack of expertise on crocodile breeding and, more generally, crocodile care which means that state services will not be able to exercise the required checks.

The enormous number of crocodiles – 1,002 – which the investors initially proposed, is not in line with the purpose of a theme park, the report said, as it turned out a much smaller number of 170-220, would have been enough for that purpose.

The intention of the applicants was to import to Cyprus the entire population of crocodiles currently in a farm in Israel but the Audit Office said it was not clear whether the farm has closed down and if so, for which reasons. Cypriot authorities do not seem to have contacted Israeli ones to enquire about that farm and possible problems.

The report also expresses concerns as to future intentions of the applicants: “The possibility cannot be ruled out of the … subsequent import of around 800 additional crocodiles which could lead to the expansion of the theme park also to a breeding farm with the aim of live crocodile trade, meat, but also skin, as per the initial intentions of the Israeli company”.

If such a project was given the green light and import permits of crocodiles to Cyprus, the report said, this would automatically mean the right of the investor for trade within the EU, “something which could leave the Republic of Cyprus, as a member state, exposed”.

There is no feasibility study for the project and this raises concerns about the sustainability of the development, the report said. It added that in the case the business went bankrupt, the state will be called in to sort out the mess and decide the fate of the crocodiles that may be left unattended.

The Audit Office also questioned the credibility of the company.

The agriculture ministry and its departments, it said, do not seem to be concerned about this, even though the “data recorded in the company’s tax returns are questionable while no tax returns have been submitted for all the years, nor audited financial statements for any year since its establishment”.

Israeli company TSA Crocopark recently approached Achna community in the Famagusta district over creating a crocodile park after their proposal was rejected by the Psematismenos and Athienou communities. The community council said they would not object if the company decided to file for a permission but said later it might reconsider following strong reaction by area residents and environmentalists.

The proposal concerns a 40-square kilometre theme park hosting around 100 crocodiles, with a souvenir shop, a canteen, and walking paths for the observation of crocodiles. The company proposed its creation between Achna and Vrysoules near the old Larnaca to Famagusta road.