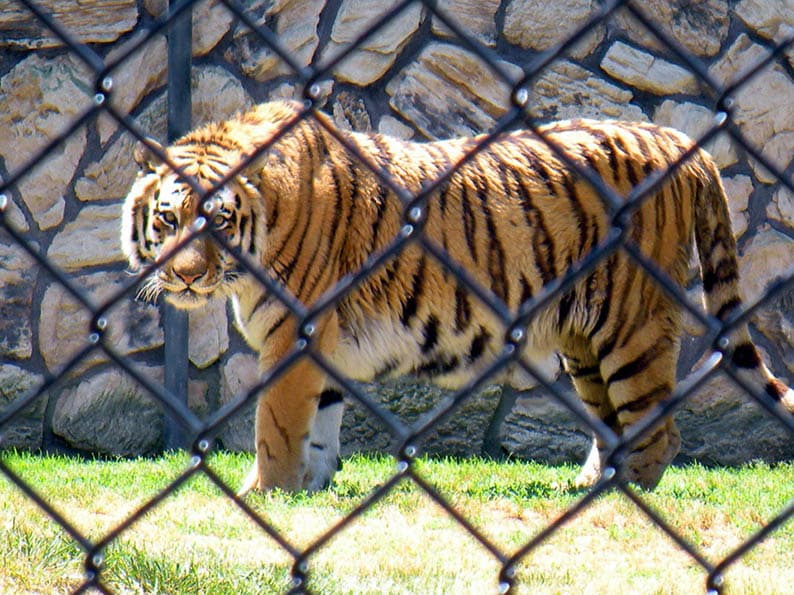 Mystery surrounds the fate of one of the Siberian tigers at a controversial Nicosia private zoo following reports by animal activists that one of the two tigers is believed to be dead as it has not been seen in its enclosure.

A lawyer from Luxemburg, advisor to a number of animal protection associations, said in an email on Monday night that one of the two Siberian tigers in Melios Pet Centre in the Nicosia district is feared to be dead. She said that following a report by a visitor that the animal was missing from its enclosure, and after enquiries, the zoo owner, Menelaos Menelaou, confirmed the animal was dead but that he did not inform authorities.

The lawyer said that the director of the state vet services said he was not aware the tiger had died.

But Menelaou refused on Tuesday to confirm or reject the claims, citing one-sided coverage by media on issues concerning his zoo.

“Ask the state vet services that carry out checks regularly at the zoo,” Menelaou told the Cyprus Mail. He added that last week, vet services officials went to his zoo twice for checks.

The vet services were not immediately available to comment.

The Animal Party called on the vet services on Tuesday to confirm whether the tiger is dead.

If reports that the tiger died four months ago are true, the party said, this leaves the vet services, the agriculture minister and the attorney-general’s office exposed.

The party said that it had information that a number of animals had died in the zoo.

It also said that the attorney-general’s office had yet to respond to the request of the vet services to appoint an official to provide legal advice as to how to handle this complicated issue concerning the revocation of the zoo’s operating licence.

The situation at Melios zoo revealed the level of incoordination between state services but also legislation gaps in the import of wild animals to Cyprus.

The zoo’s licence expired last September and was not renewed as it has no building permit. State officials had said at the time they were discussing the fate of its 3,000 animals, while the zoo owner continued to operate the park and adjacent pet shop without any licences.

The Animal Party at the time had said that this mess was due to huge mistakes of the past, as state services had allowed the import by Menelaou of wild animals.

According to the law, Menelaou is obliged to make arrangements for his animals at his own expense.

Menelaou, who feels that he is being wrongfully targeted, filed a case at the Supreme Court against the vet services. He regularly said that all his animals have their papers and that vet services officials that visit the establishment regularly find no issues as regards animal welfare.

The language of music brings choirs together