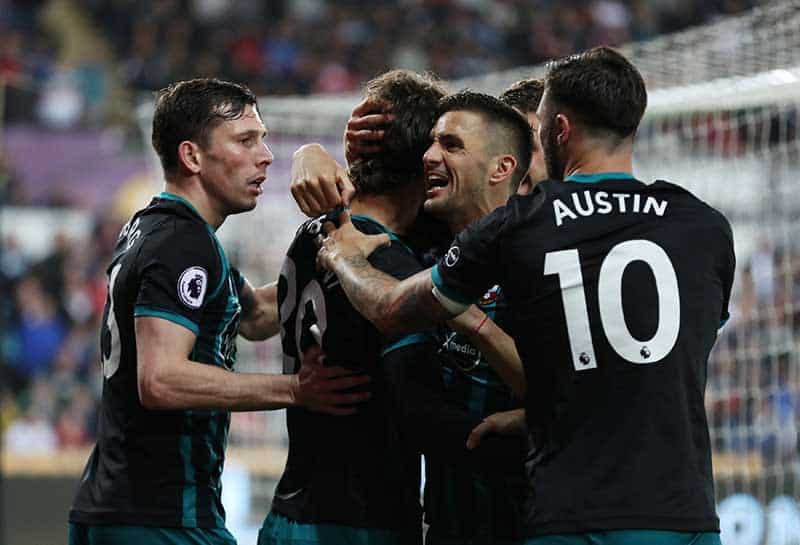 West Bromwich Albion were relegated from the Premier League on Tuesday after Southampton’s 1-0 victory over Swansea City ended the Midlands club’s eight-year stay in the top flight.

Southampton’s win moved them onto 36 points, leaving West Brom five points adrift of the safety zone with one match to play.

West Brom have been rejuvenated in recent weeks, winning three games in an unbeaten five-match run.

Yet their impressive late-season rally, spearheaded by the appointment of caretaker manager Darren Moore, came too late in the campaign.

Moore replaced Alan Pardew at the start of April, taking over with the club seven points adrift at the bottom of the table and 10 short of the safety zone with six matches to play.

He helped engineer an almost remarkable turnaround in their fortunes, guiding them to wins over Manchester United, Newcastle United and Tottenham Hotspur plus draws against Swansea and Liverpool.

West Brom’s 1-0 home victory over fourth-placed Tottenham on Saturday lifted them off the bottom of table for the first time since January, but the celebrations were short-lived.

Any hope of taking their fight for survival to the final weekend of the season was snuffed out at Swansea’s Liberty Stadium on Tuesday.

It was a bitter-sweet day for West Brom’s Moore, who had earlier been given the Premier League’s manager of the month award after guiding the club through April unbeaten.

Moore, whose future at the club is still unclear after being appointed on an interim basis, hailed the togetherness of the squad after collecting his award.

Unity, however, was a quality seemingly in short supply earlier in the campaign as West Brom’s troubles were not limited to the pitch.

In February, West Brom players Jonny Evans, Gareth Barry, Jake Livermore and Boaz Myhill apologised after being questioned by police over the theft of a taxi in Barcelona, where the team were holding a warm-weather training camp.

Pardew said they had broken a team curfew and he felt let down.

Pardew had only been at the club for a relatively short time. He replaced the sacked Tony Pulis at the end of November with West Brom two points above the bottom three.

Pardew was in charge for 21 matches in all competitions, managing three wins with only one of those in the league.