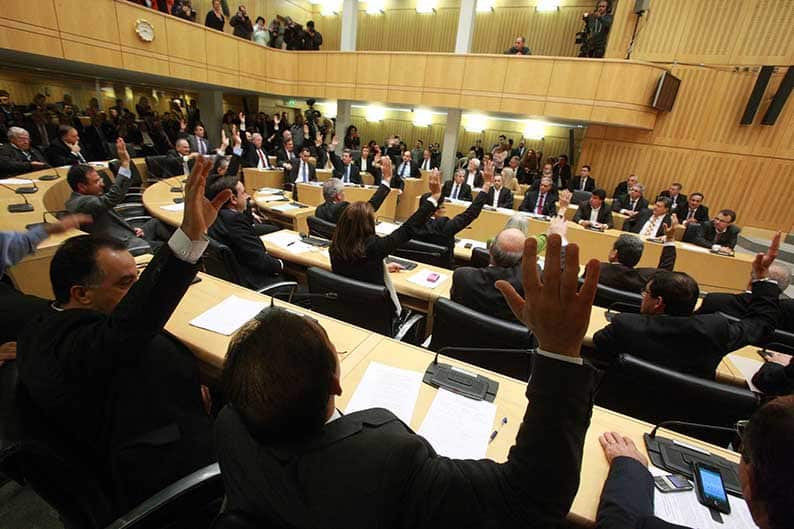 Under the circumstances, the safest legal path to resolve the matter of a disputed parliamentary seat in Limassol that has been dragging on since the poll in 2016 is a constitutional amendment, Attorney-general Costas Clerides said on Thursday.

On April 30, the Supreme Court annulled the entry into parliament of Solidarity MP Giorgos Papadopoulos who moved in after party leader Eleni Theocharous chose to keep her seat in the European Parliament.

After her election as Limassol MP with 3,788 votes, Theocharous opted to keep her place as MEP, leaving her seat to the party’s runner-up, Papadopoulos, who received just 767 votes.

Former Disy MP Andreas Michaelides filed an appeal, as he had won 4,734 votes, making him more popular in Limassol than Papadopoulos.

The constitution does not provide for a remedy if the seat is given up before MPs are sworn in.

In May 2017, the Supreme Court cancelled Papadopoulos’ election for the first time but House president Demetris Syllouris, who also belongs to Solidarity, tabled a proposal, eventually voted into law, allowing seats vacated before an elected MP has been sworn in to go to the next in line from that party.

It was this law that supreme court declared unconstitutional with a majority of six votes in favour and five against.

The decision said as Theocharous was never sworn in, the seat never belonged to Solidarity, to begin with.

In a statement issued Thursday, the AG said under the circumstances, only a constitutional amendment would overcome the problem.

Clerides also rebuffed opposing views, which argued that the constitution should not be amended for such issues.

“It suffices to say that the constitution has been amended another 10 times since 1960,” he said.

The AG added that the third amendment in 1996 concerned the same matter, allowing parties to fill a vacant seat with the runner-up from the same party instead of having a by-election.

“Consequently, in a similar way, a provision can be made in the case in question to plug a gap, if of course, the necessary political will of the peoples’ representatives exists,” the AG said.

On Wednesday, ruling Disy said it would not support a constitutional amendment to resolve the matter.

The party said the constitution was the shield of the Republic of Cyprus and any amendments should be made cautiously and sparingly and only by invoking the Law of Necessity.

Disy said the seat can only be filled through a by-election and the party was prepared to support any legal amendment to facilitate that.

At least 21 dead after flower-farm dam bursts in Kenya