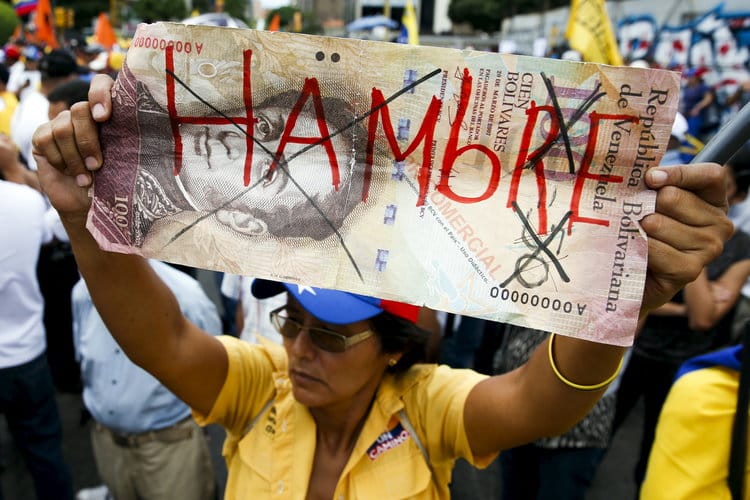 Colombia’s President Juan Manuel Santos predicted on Friday there would be “regime change” soon in neighboring Venezuela, which holds a controversial presidential election on May 20 likely to consolidate socialist rule.

Santos, who has taken an increasingly tough line against President Nicolas Maduro as tens of thousands of Venezuelans cross the border to escape economic crisis at home, was speaking at a meeting with businessmen in Budapest.

“With a regime change, which will come and will come very soon, the Venezuelan economy, with a bit of good governance, will take off very fast,” the centrist Santos said, without giving details of how such change could come about.

Maduro, 55, is widely expected to win re-election in a vote which the mainstream opposition is boycotting and many foreign countries have condemned as unfair.

Two of the opposition’s most popular figures have been barred from standing, the election board and courts lean towards the government, and Maduro benefits from state giveaways to voters, a formidable party machine and a divided opposition.

“The ‘voting’ in Venezuela on May 20th is being done only to provide a phony cover for a dictator,” the U.S. envoy to the United Nations, Nikki Haley, said this week.

Maduro says Washington and its “lackeys” in the region like Santos are bent on toppling socialism in Venezuela via a coup in order to take control of the OPEC nation’s oil riches.

“Who decides the presidency in Venezuela? Donald Trump or the Venezuelan people? Santos or Venezuelans?” he has been repeating over-and-over in election campaign speeches.

The former bus driver and foreign minister, who narrowly won election to replace Hugo Chavez in 2013, says Venezuela’s election system is the cleanest in the world.

His closest rival in the election is Henri Falcon, a former Chavista who defected in 2010 but has now split from the main opposition to break a boycott and run against Maduro.

Santos lamented the suffering of Venezuelans, including hungry people crossing the border, blaming it on bad governance and corruption. But Venezuela, with the world’s largest oil reserves, was Colombia’s natural trade partner and would rise again, he told the business meeting.

“If I had to bet, I would bet on Venezuela for sure.”

Birds freed into the wild