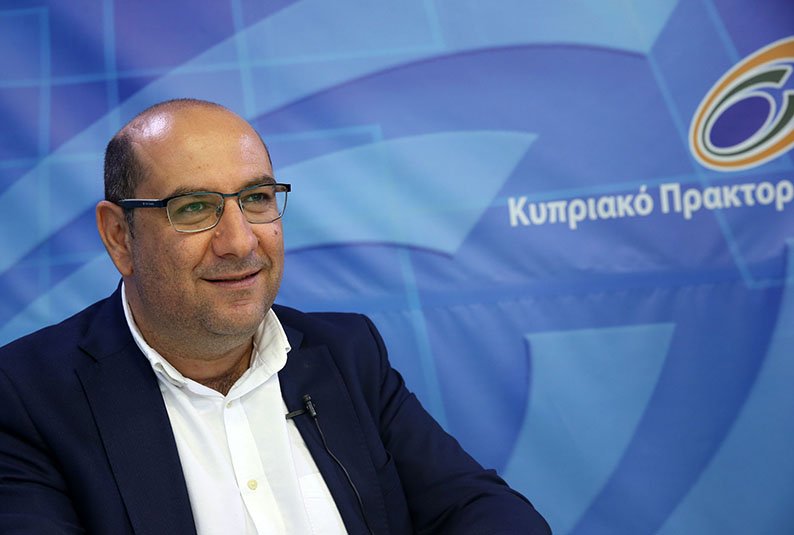 Larnaca Mayor Andreas Vyras said on Friday his municipality rejected the third draft of a memorandum of understanding (MoU) on the relocation of oil and gas firms from the district by 2020 and are no longer willing to engage in further discussions as long as there is no progress.

The majority of the municipal council, the mayor said, decided to reject the MoU – between the government, the municipality and fuel companies – over a clause giving the right to any signatory to opt out of the deal if they wish to, by giving a month’s written notice.

“This, not only does not serve its purpose, but on the contrary, it includes other risks thus we rejected it,” Vyras said. A meeting is to take place on May 22, he said, to inform Larnaca residents of this decision.

Vyras said the legal services did not give their stamp of approval to the second draft of the MoU and had asked for amendments, leading to a third document, which according to the mayor, beats the purpose as the aim was to make sure all timeframes given were met by the oil and gas companies.

“We had asked for a number of safeguards to be included in the memorandum to make it clear that those who do not apply what they have to do within timeframes, be subject to sanctions,” Vyras said.

This, he said, was included in the second draft.

Vyras said that following agreements signed between the municipality with each administration since 2001 decrees have been issued with deadlines for the relocation of these companies but without anything ever being done.

The municipal council, he said, will send President Nicos Anastasiades and the interior, energy and transport ministers a letter stating there is no longer reason for them to engage in further consultations for the amendment of the MoU.

“To us, there are actions that must be carried out so that timeframes are met, with the aim being the relocation of the premises,” Vyras said.

Larnaca wants to see action, he said, and the competent committees, as per a cabinet decision, to monitor progress and put pressure on the companies.

“In the case no such a thing becomes action… we reserve our right to react dynamically,” Vyras said, adding that they are no longer willing to engage in consultations that do no lead “in the right direction”.

What’s important to Larnaca, he said, is for the Anastasiades administration to make the necessary moves “to finally achieve the relocation of oil and gas premises”.

“Larnaca residents can no longer live under the risk the area in question is facing,” he said.

Vyras said that they are expecting the government to make a reality the president’s recent statements on the political will to see the relocation of these companies and deliver a fully restored area to the citizens.

Anastasiades, who attended last week a ceremony to start the demolition of fuel company Petrolina’s tank 15, said that this marked the beginning of the timeframe provided for in the MoU.

The draft memorandum outlines a procedure on the relocation as well as a timeframe which includes the possibility of fines and the termination of a company’s operations for those that don’t comply. The energy minister said last month that it also provided for fines up to €17,000 and legal procedures to strip companies of their licence in case they do not stick to timeframes.

Phase one concerns the transitional relocation of liquid fuels by December 2019 and firms currently based in Larnaca will have at least two terminals to choose from. The companies will be relocating to either Limassol port or Vassiliko.

The second part concerns making the move permanent by 2020 and relocating liquefied petroleum gas by December 2020.

Opening of Japanese Embassy base for enhancing bilateral ties