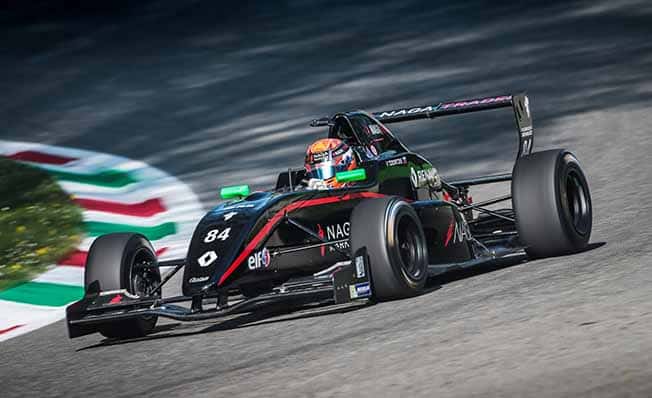 Vladimiros Tziortzis, 21, is competing at the Formula Renault 2.0 European Championship with the support of NAGA Markets.

After completing a long training period with many hours on the simulator and three exhaustive tests at the iconic Hockenheim, Paul Ricard and Nurburgring race tracks, Tziortzis is ready for the greatest challenge of his career, as he is competing at the Formula Renault Eurocup, which began in April and continues this month at Silverstone and Monaco.

Thanks to his talent, his hard work and to the NAGA Markets support as Tziortzis’ sponsor, a dream has come true for the young driver.

NAGA Markets is a powerful and innovative company which provides online investment services, established in Cyprus and active in the international markets. With the company’s Social Responsibility Program, NAGA Markets chose to support a rising Cypriot talent, in a very competitive and demanding sport.

Thanks to NAGA Markets, the Cyprus flag will be present at historic race tracks like Silverstone, Monaco, Spa-Francorchamps, Nurburgring, Hockenheim and the Circuit de Catalunya.

“At NAGA Markets we are motivated by the desire to achieve. To this end, we are excited to sponsor Vladimiros, he is a great athlete who has a unique personality driven by his passion and always committed to excellence,” the company said.

Regarding his participation in the Formula Renault 2.0 championship with the Fortec team, Tziortzis stated: “I am ready. The training preparation was excellent. I would like to thank NAGA Markets with all of my heart as they have believed in me, and they are giving me the opportunity to be present in one of motor sports’ most important championships in Europe.”

The championship began in April at Paul Ricard. The second race of the year took place at Monza. The season includes ten races, with the Monaco race on May 26-27 being the highlight, held during the weekend of the Formula 1 race in the principality.

Omirou avenue to close for start of underground parking