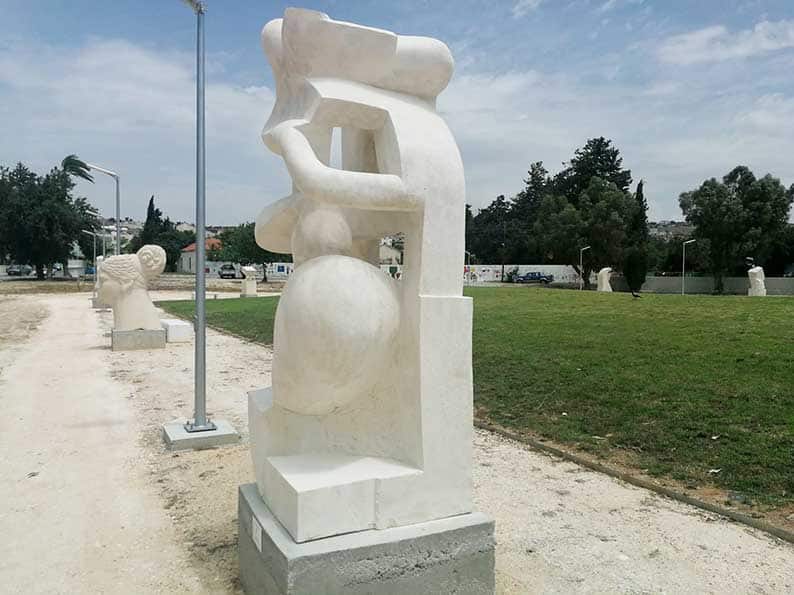 TEN new sculptures will be unveiled to the public on Saturday at a dedicated park established in Geroskipou last year, as part of the official ‘Pafos2017’ cultural capital programme.

This is the second symposium that has been held in Geroskipou, where artists create unique sculptures and is supported by the local municipality.

As with last year, ten selected artists have created their works during a ten-day symposium.

Mayor of Geroskipou, Michalis Pavlides told the Cyprus Mail on Friday that such places are important for the area, for both tourists and locals.

“Many people like to visit the ‘Myths and Sculptures Park’ and we will now have an annual symposium which will see the number and diversity of sculptures grow over the years. It’s important that we support and promote such actions,” he said.

Pavlides said that the ten participating artists this year are from countries all over the world including Iran, Spain, Egypt, France, Syria, Georgia, Bulgaria, Poland and Cyprus.

“We chose the participants carefully and we are very happy to have such a unique park in our municipality,” he said.

The artists arrived in Cyprus on April 29 and will leave on May 12.

Renowned Cypriot artist, Christos Lanitis has participated in both years and has enjoyed the experiences; he now has two of his works placed in the park.

This year his creation takes an abstract form representing waves and ‘creatures coming out of the sea,’ he said.

“It took me the time of the symposium to create this work, as it did with the other artists. It’s very important for cities to have parks such as these, it shows how advanced our culture is and it’s something different for the public to do rather than just visiting places such as restaurants.”

He said that local limestone has been sourced and utilised for the creations and is a way to connect the past with the present. Although each work has its own dimensions, they average about two metres in height and weigh in at around five tonnes.

The already popular park which was inaugurated by the Cyprus Minister of Education and Culture, Kostas Kadis, will see the ten new additions added to the ten that are already in place, following a symposium in 2017, where the ten participating artists from Cyprus and abroad were chosen from an open call by the Pafos2017 Organisation for the 1st International Sculpture Symposium and Sculpture Park.

On Friday evening, Pavlides along with the head of the Cyprus Tourism Organisation, Angelos Loizou, will participate in the official presentation of the sculpture to the public at an event held at the park at 6.30pm.

The ‘Myths and Sculpture Park’ is free to enter and found close to the central square of Geroskipou. It has now been transformed and was previously an unused open space.

Traffic changes due to works on Limassol-Paphos motorway