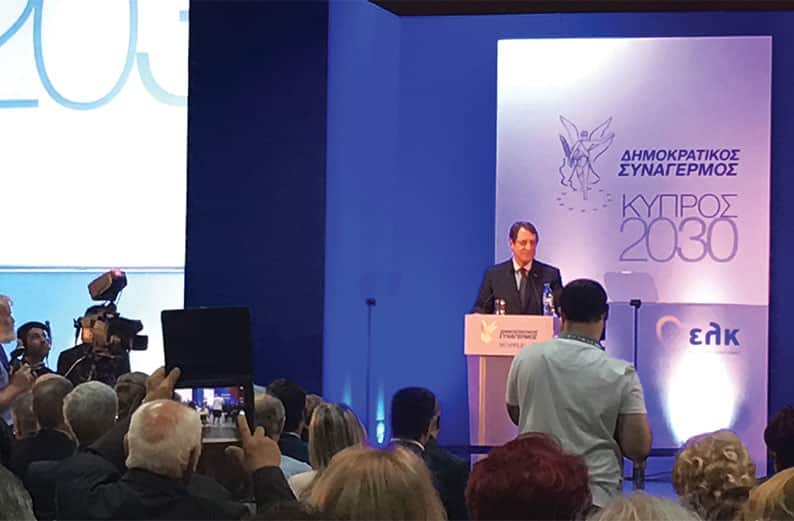 President Nicos Anastasiades has reiterated that his present term in office will be his last and said his dream was to hand over to the next president a reunified country in 2023.

“My dream, when I am succeeded in 2023, is to hand over a reunified country, a modern country that makes all of us proud,” Anastasiades told the 16th Disy party conference on Saturday.

The President told Disy MPs that they must learn to compromise, as the party does not have the majority of seats.

“Without the majority, all the dreams you might have cannot be made reality, if you do not share them, convince them, and hold a constructive discussion, so that you can listen to the concerns of others,” he said.

Turkish Cypriots were also present at the conference and Anastasiades said that their presence showed the respect that has been created and held out the hope of cooperation.

“What is needed is that we finally find, through mutual respect, a respect for the authority, values of the EU and a solution based on the UN Charter which will re-establish unity, re-establish sovereignty and re-establish independence and sovereignty,” he added.

Anastasiades also congratulated former Foreign Minister Ioannis Kasoulides, who was honoured at the event for his service.

“I welcome the decision to honour a dear friend, a well-respected politician, and a person with undeniable ethics.”