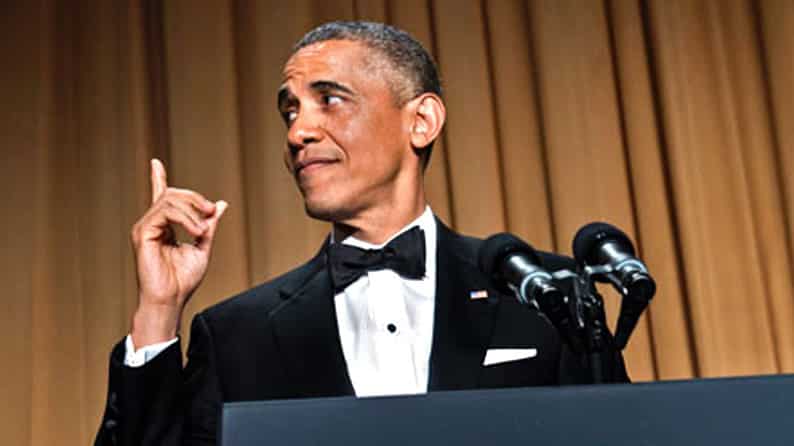 One did not have to wait for President Donald Trump’s announcement withdrawing from the Iran nuclear deal last Tuesday to realise that the suggestion of the British foreign minister, Boris Johnson, that Trump could be awarded the Nobel peace prize if he fixed rather than withdraw from the deal was crazy: mad, bad and dangerous to peace in the world!

In an embarrassing attempt to ingratiate himself with Trump Johnson told Fox News that Trump of all people was potentially a better candidate for the Nobel peace prize than Barack Obama was when he received it in 2009. Obviously Johnson had not read Alfred Nobel’s will that the peace prize is awarded to the person who did the most or best work for the fraternity between nations, the reduction of military assets and the promotion of peace.

The award to Barrack Obama in 2009 was for his vision of a world without nuclear weapons that was fully vindicated when America signed the Iran nuclear deal in 2015.

The prize is not given for boastful tweets about the use of force and threats to unleash fire and fury and bullying other nations into submission.

Also the Nobel Committee has just cancelled the 2018 Nobel prize for literature because of allegations of sexual misconduct similar to the allegations made against Trump – hardly an opportune moment to suggest Trump for the prize.

There was, however, method to Boris Johnson’s madness. In 2016 America elected a president who is easily offended and very revengeful. Trump went off the special relationship with Britain over a minor slight about his state visit which was why Johnson had no access to the White House and had to use Fox News to dangle the Nobel prize.

A peace prize is not an award Trump would necessarily welcome. It is not in tune with the macho tough guy image he cultivates but for the fact that it was awarded to Obama. So Johnson reckoned that as American foreign policy is determined by Trump’s wish to undermine or outperform his predecessor, he would dangle the Nobel peace prize, rather as the fox in Aesop’s fable flattered the crow about its beautiful voice.

To understand why Trump wants to destroy Obama’s legacy you have to go back to a White House dinner given by Obama in 2011 at which he publicly mocked and humiliated Trump to his face in the presence of America’s media luminaries. Trump had previously questioned Obama’s credentials to hold the office of president claiming that he was not born in the US and that his middle name was Hussain and that he was Muslim – his father was indeed a Muslim from Kenya although Obama was brought up by his mother who was Christian.

By 2011 Obama had proof positive he was born in Hawaii on August 4, 1962 and was in bullish mode during his after-dinner speech when he tore into Trump mercilessly, ripping his fragile ego apart with gusto.

It is said that Trump decided there and then not just to run for president but to eradicate the Obama legacy. Revenge is sweet and is indeed best served cold! The attempts to reverse Obama care; the limits on relations with Cuba, the bombing of Syria for crossing the chemical weapons red line that Obama drew but failed to punish, and last week’s withdrawal from the Iranian nuclear deal contain more than a hint of revenge for the humiliation he suffered in 2011.

So also the threat to build the wall on the Mexican border; the persecution of immigrants, the demonisation of Muslims, the trade war with China, and the withdrawal from the Paris treaty on climate change. All these policies have one common thread: they are wholly or partly directed at eradicating Obama’s legacy.

Without approving of the motivation behind Trump’s policies it has to be said that he did place his anti Obama platform before the people and they elected delegates to the electoral college who elected him president although overall he got nearly 3 million fewer votes than Hilary Clinton. However, it is a simplistic view of democracy that presidents should carry out every policy they put forward during an election campaign especially if it flouts international law and damages the credibility of America.

That should have been the message from Britain rather than feeding Trump’s loathing of Obama by suggesting he was more eligible for the Nobel peace prize than his predecessor. If Johnson himself still has a problem with Obama’s Kenyan origins he should be ashamed of himself.

The foreign office needs to rein in Johnson and remind him that Trump’s constant threats to use force are against the UN Charter and that international treaties are binding and must be performed in good faith and that when a country like America does not keep her treaty promises she sets a very bad precedent.

As Moses told God when the Almighty got angry with the children of Israel and threatened to withhold the promised land: but you promised Moses insisted! If God had to keep his promise to Israel, America should have kept her treaty promises to Iran. A wiser Israeli leadership would have understood.

It is not in America’s national interest to renege on a treaty with long term damage to her credibility on which western values and security depend. Treaty provisions could have kept Trump in check but no one anticipated his election so there were no contingency clauses to contain his incontinent use of executive orders to spite his predecessor.

There is a legal problem too. It is that there is a disharmony between a country’s internal constitutional arrangements and international law. Obama did not feel confident he could get two thirds of the senate to ratify the Iranian nuclear deal so he went down the executive order route which, although binding in international law, can be revoked by a new president.

The Iranians should have been a lot more alive to this problem and insisted on prohibitive penalties, including immediate access to the billions of dollars’ worth of Iranian assets frozen by president Carter in 1979, absent a breach by Iran or a fundamental change of circumstances.

Despite the alternative facts peddled by Trump about Iran when announcing America’s withdrawal, the truth is that the Iranian people have suffered enormously in the hands of the Americans.

In 1953 Iran’s democratically elected government was overthrown by the CIA and British intelligence.

They installed a puppet regime and a brutal security service called Savak until 1979. I got to know their methods when representing some of Savak’s torture victims in their political asylum appeals. Savak’s torture of inmates at Evin prison in Tehran included the torture of their children in adjoining cells so that they could hear their screams and provide information they did not have.

From 1982 to 1988 Iran fought a long war against Saddam Hussein, who was supplied with arms by America, including chemical weapons, during which hundreds of thousands of Iranians perished.

Iran has not been responsible for anything remotely comparable.

Socialising the losses and privatising the gains

Our View: We need new tactics to tackle organised crime