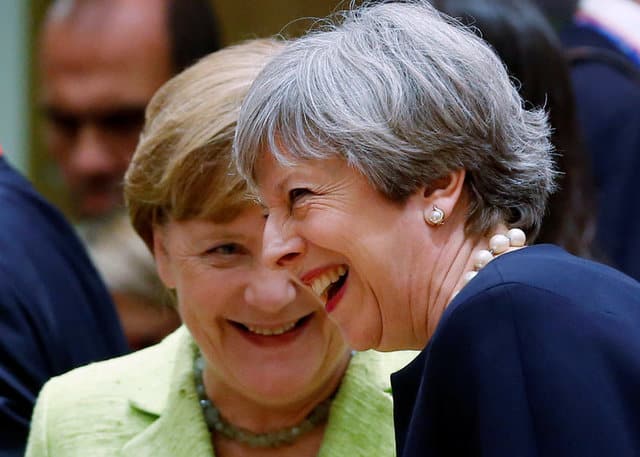 British Prime Minister Theresa May said on Sunday she could be trusted to deliver Brexit, but that it could not be done without compromises on all sides — a possible warning to cabinet ministers who are deeply split over future customs arrangements.

The divisions inside her government over the customs issue were laid bare on Tuesday when Foreign Minister Boris Johnson said proposals for a customs partnership with the European Union after Britain leaves the bloc were “crazy”.

May’s decision to leave the EU’s customs union, which sets tariffs for goods imported into the bloc, has become one of the main flashpoints in the Brexit debate, pitting companies and pro-EU campaigners against a group of eurosceptic lawmakers.

The issue has all but stalled Brexit discussions in Brussels and politics in Britain, where pro-Brexit lawmakers have lined up to denounce what is said to be May’s preferred plan.

The “customs partnership” would see Britain essentially collect tariffs on behalf of the EU in order to keep trade with the bloc flowing freely.

The Sunday Telegraph said at least a dozen of the 28 ministers in May’s cabinet were planning to block her proposal.

But May wrote in the Sunday Times: “You can trust me to deliver.”

An alternative proposal, called “maximum facilitation”, which relies on future technology to ensure trade continues easily after Brexit, is also being considered by members of her cabinet.

The EU has dismissed both proposals.

May said she had put forward different options, but she stressed Britain would leave the EU’s customs union so the country could establish its own independent trade policy.

“Of course, the details are incredibly complex and, as in any negotiation, there will be compromises,” she said.

But she said she was setting out a path to deliver the Brexit people had voted for.

“I will need your help and support to get there,” she said in the Sunday Times article. “And in return, my pledge to you is simple: I will not let you down.”

“The new customs partnership has flaws and they need to be tested,” he told the BBC’s Andrew Marr Show on Sunday, adding that ministers were scrutinising both options.

Labour’s Brexit spokesman Keir Starmer said the government was in a “farcical situation”.

“Nearly two years after the referendum the cabinet is fighting over two customs options, neither of which frankly are workable, neither of which are acceptable to the EU, and if either of which were put to the vote in parliament, they probably wouldn’t carry a majority,” he said on the same programme.