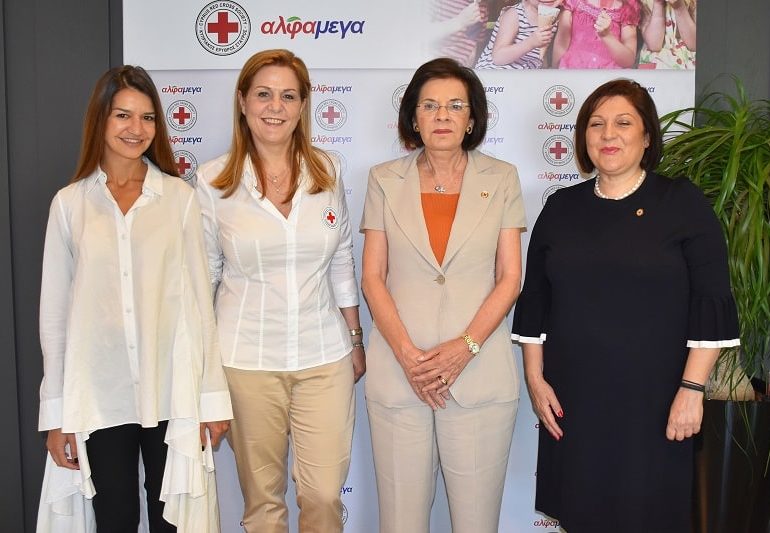 Alphamega will be donating five per cent of all its ice cream sales towards supporting the Cyprus Red Cross, in a bid to help families in need.

In a press conference on Friday, the supermarket announced its campaign ‘one ice-cream, many smiles’, as a means for Alphamega to share smiles as summer approaches and help Cyprus’ largest charity.

The move, carried out as part of the supermarket’s social corporate responsibility, will mean five per cent from any ice-cream sales between May 10 until June 6 will go towards the Red Cross.

“The contribution the Cyprus Red Cross has in Cypriot society is invaluable  and includes a plethora of activities. However, it doesn’t miss the chance to contribute, with everything it has, to humanitarian activities outside of Cyprus, confirming its international  presence.”

Chairwoman of the Red Cross, Fotini Papadopoulou thanked Alphamega Supermarket from the bottom of her heart, saying that from its founding, the charity “adopted the fundamental principles of the international movement, such as humanity, impartiality, neutrality, independence, volunteerism, unity and international character.

“It is very important that this work is recognized and supported by facets of our country.”