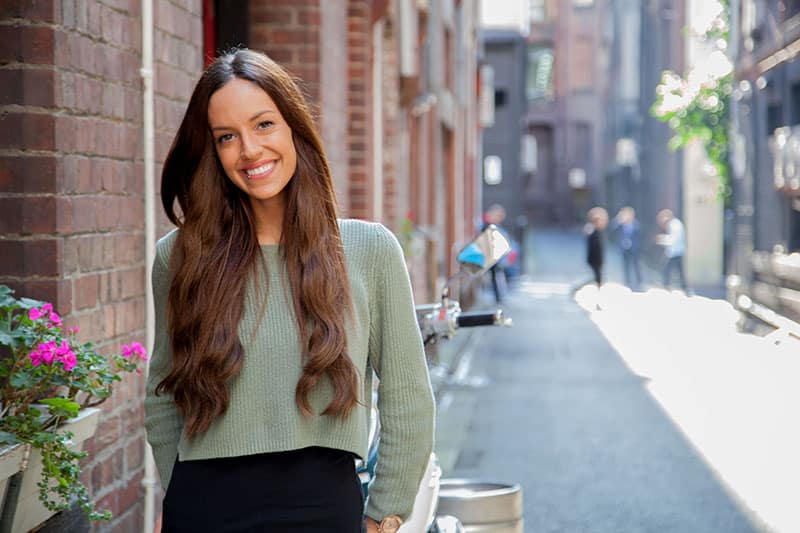 This year’s ‘Forbes 30 under 30’ is out: bright young entrepreneurs, innovators and game changers who hail from all sectors and all areas of the world. In Asia alone, two twenty-something Indians make sandals for underprivileged children; Kento Hoshi from Japan, creator of the JobRainbow employment site for LGBTQ+ job seekers; and Afghanistan-born Elaha who cofounded the Digital Citizen Fund, helping women in less developed countries access technology and resources. And then – included in the Asian demographic – there’s Melbourne resident Natalie Kyriacou, an Australian-Cypriot who is pioneering inclusive education programs focused on global conservation and preservation…

She’s just turned 30 – making the cut-off point for Forbes by a few months – and still doesn’t know who nominated her for the list! In fact, she’d forgotten all about the nomination when the email from Forbes arrived, telling her she’d been chosen. “I thought it was a mistake, or a spam email!” laughs the founder of My Green World, an organisation dedicated to inspiring curiosity and passion for wildlife and the environment through education. “I found out at the start of April – it was literally a bolt from the blue and it came as a very pleasant surprise,” she adds.

Of course the first thing she did was send a group text to her family who are, she asserts, “responsible for many of the values I hold and the passions that drive me. I come from a very loving, very supportive, very loud Cypriot family on my dad’s side,” she grins, citing her grandmother as a particular source of inspiration. “My wonderful yiayia, who emigrated to Australia in 1956, came from very humble beginnings in the village of Karmi. She worked really hard to build a life in Australia for herself and her family; taught herself to read and write in both Greek and English, and has always grown her own produce. She is,” Natalie adds, “very strong, very savvy, and very independent – traits she’s instilled in all her grandchildren. She taught me to speak my mind and follow my own path from a young age, a characteristic which has definitely helped me as a young woman in the start-up community.”

Originally a journalist and marketing exec, Natalie’s path to becoming one of the top social entrepreneurs of the future has not been straightforward. But with quiet determination and the support of her family she’s now making a real difference – not just in the country of her birth, but also around the world. 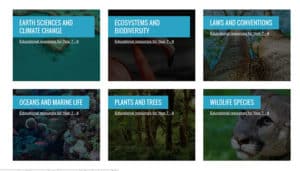 It began with a trip to Borneo: a fact-finding mission for an article she was writing on palm oil. “The amount of rainforest that had been stripped to create palm oil plantations was truly horrifying,” she reveals. “And what’s worse was the effect this had had on the wildlife…” Working with orang-utans whose habitats had been utterly destroyed gave Natalie the courage to speak up, speak out, and make a real difference on her return to Australia. “We’re all global citizens with a responsibility towards our environment and our wildlife, and I wanted people to appreciate the environmental issues happening all around the world,” she acknowledges. “And so I decided to do something about it!”

With the foresight to realise that our future generations would be the most able to effect change, Natalie began looking at methods for encouraging children to engage with environmental issues, and quickly fixed on inclusive education as the vehicle for her efforts. “I saw all these kids addicted to mobile gaming apps that really had no value in society, and realised that a similar app – something educational and exciting – might inspire the younger generations to explore environmental concerns. So I started storyboarding and jotting down my ideas. I was,” she laughs, “so naïve! At that point I didn’t know anything about running a business, or what it took to build an app…”

Fortunately, Natalie’s characteristic perseverance paid off. At the end of 2015, World of the Wild – an enthralling conservation game which partners with 17 charities worldwide, and allows kids to contribute to real life wildlife and environmental conservation efforts – launched to public acclaim, having inspired the My Green World organisation along the way.

“Basically, My Green World is a social enterprise that develops technologies related to the environment and conservation, such as this app. And My Green World Kids is our non-profit division of the company, which aims to provide inclusive education worldwide,” Natalie explains. With it, comes Kids Corner – set to launch in the next few days – which delivers a range of inclusive online learning programmes for individuals and schools around the globe. A digital classroom including over 50 topics (ranging from marine life to endangered species, evolution and animal symbiosis), Kids’ Corner aims to inspire children and educators to participate in the environmental, conservation, wildlife and science issues of the day. Delivered through fact sheets, quizzes, infographics, notes and animation, the programme breaks down complex issues into simple, fun, positive and actionable concepts with a focus on inclusivity.

“Growing up, I was in a very traditional learning environment,” Natalie reveals. “But today, we have the ability to cater to kids who respond better to different styles of learning, and to that end we’ve included community-based activities, interactive learning, animation and activities which encourage the teachers to get the kids out of the classroom… We’re creating programmes for kids who don’t have access to the internet, for schools in low socio-economic regions, for hospitals and libraries, homes and schools. We’re even looking at getting our videos into sign language,” she adds.

Relying on small grants from local companies such as Lush, the Foundation for Young Australians, and Sun Super, Kids’ Corner promises to be one of My Green World’s most valuable tools for the engagement and education of the next generation across the globe. “We may be based in Australia, but My Green World” – and, as part of that, the app and the Kids’ Corner programme – “looks at global issues,” says Natalie. “These are issues faced by countries all over the world; issues which are relatable to any child, anywhere.”

A massive – and wholly worthy – undertaking, Natalie’s award-winning ventures have seen My Green World thrust into the limelight. But none of the acclaim has gone to the head of this young 30 under 30 entrepreneur; rather, it’s strengthened her drive to make a real difference. “Curiosity and finding meaning are what motivates me,” she concludes. “But I’m also driven by a strong sense of responsibility: the idea that as global citizens we should each be trying to improve the world in our own small way. And that, I think, comes from my family. Especially my yiayia.”

For more information on My Green World and Kids’ Corner, visit www.mygreenworld.org World of the Wild is available for free download for iOS at the Apple App Store (Android to follow soon)

Confessed killer ‘took tablet with him to photograph his victims’