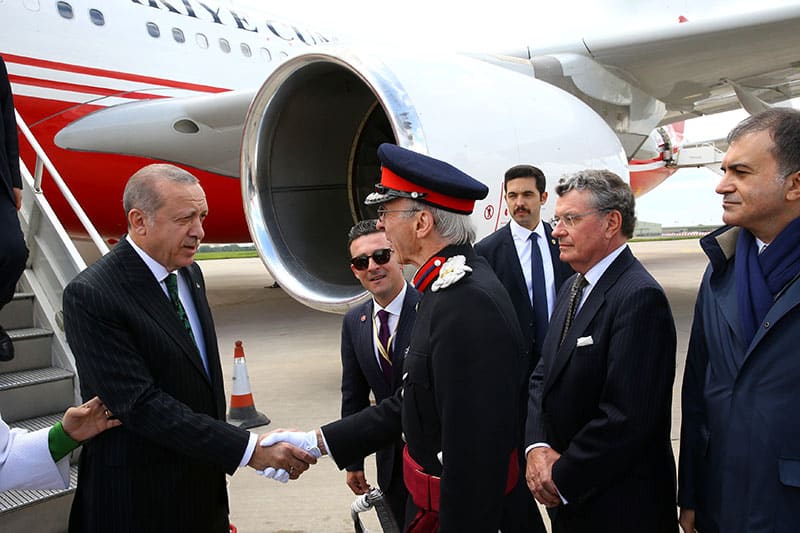 Erdogan arriving in the UK on Sunday afternoon

Cyprus is expected to be on the agenda when Turkish President Recep Tayyip Erdogan has a meeting with British Prime Minister Theresa May on Monday during his three-day visit to the UK.

Erdogan arrived in the UK on Sunday afternoon and will also meet the queen.

Before landing in the UK, Erdogan has called Britain a “strategic partner and ally”, saying he wanted to improve trade relations between the two countries.

“We want to continue our economic relations as the governments of Turkey and the United Kingdom without interruptions after Brexit,” Erdogan said.

However, Liberal Democrat leader Sir Vince Cable condemned the visit and accused Erdogan of having an “unacceptable disregard for liberal, democratic values.

“May’s administration appears to have substituted diplomacy for sycophancy in its pursuit of Brexit.

“By permitting a state visit and audience with the Queen, May and [Foreign secretary Boris] Johnson are essentially rolling out the red carpet for a man with a disregard for human rights, who is responsible for alarming oppression and violence.”