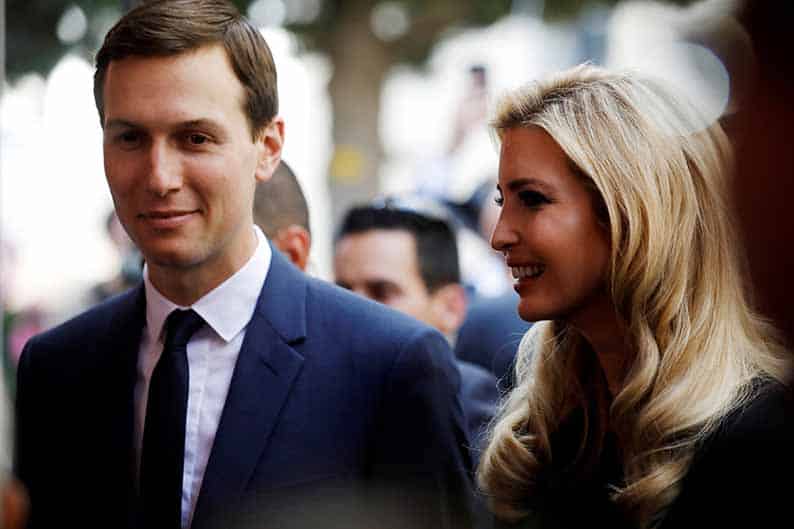 White House senior adviser Jared Kushner will say on Monday at the opening ceremony for the U.S. Embassy in Jerusalem that it is possible for both sides in the Israeli-Palestinian conflict to gain more than they give in any peace deal.

Kushner, the U.S. envoy to the Middle East and President Donald Trump’s son-in-law, was to speak amid tensions over Trump’s decision to move the embassy to Jerusalem from Tel Aviv.

The Trump administration has nearly completed a long-awaited Israeli-Palestinian peace plan but is still undecided on how and when to roll it out, given Palestinian anger at Trump’s embassy move.

“We believe, it is possible for both sides to gain more than they give – so that all people can live in peace – safe from danger, free from fear, and able to pursue their dreams,” Kushner will say, according to speech excerpts seen by Reuters.

“Jerusalem must remain a city that brings people of all faiths together,” he will say.

The Palestinians, who want their own future state with its capital in East Jerusalem, have been outraged by Trump’s shift from previous administrations’ preference for keeping the U.S. Embassy in Tel Aviv pending progress in peace efforts.

As the United States prepared to open its embassy, Israeli forces killed at least 28 Palestinians along the Gaza border, health officials said, as demonstrators streamed to the frontier. Some 900 Palestinians were wounded, about 450 of them by live bullets, the officials said.

Most countries say Jerusalem’s status should be determined in a final peace settlement, and say moving their embassies now would prejudge any such deal.

Kushner will defend the embassy move in his remarks.

“While presidents before him have backed down from their pledge to move the American Embassy once they were in office, this president delivered. Because when President Trump makes a promise, he keeps it,” Kushner will say.

He will also address the challenge from Iran a week after Trump withdrew the United States from the 2015 Iran nuclear deal despite pressure from European allies to stick with the agreement.

“Iran’s aggression threatens the many peace-loving citizens throughout the region and the world. From Israel to Jordan to Egypt to Saudi Arabia and beyond, many leaders are fighting to modernize their countries and create better lives for their people,” Kushner will say.

“In confronting common threats, and in pursuit of common interests, previously unimaginable opportunities and alliances are starting to emerge,” he will say.