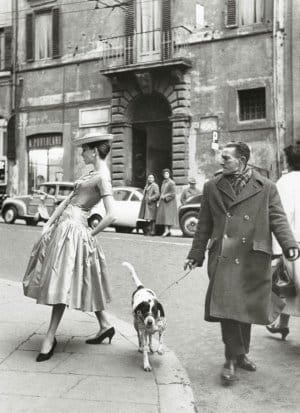 Photographs taken over more than half a century will feature in the upcoming exhibition Isolato-Slendido-Marginale, which is dedicated to the 94-year-old Italian photographer, with roots from Calabria (Magna Graecia) who took the shots, Mario Carbone.

“As Carbone’s body of work that for more than half a century, unintentionally covers a wide range of activities, from the lives of people all across Italy, to the artistic happenings of the avant-garde, mainly in cities, my intention was for this selection to work as a subset, to reflect the broadness of spirit and choices he made,” Greek collector and exhibitor Tassos A Gkekas said.

“A concern of mine, was to present a selection of works that would function as an introduction for someone who is unfamiliar with the continual presence of Carbone behind the camera, and in the dark room. In parallel, I wanted to pay tribute to the liveliness of Carbone’s life’s work, which reflects the persistent love for the post-war Italy of the people, and the poetic outline of their everyday lives.”

Carbone was born in San Sosti (Cosenza) in 1924. He learned the profession of photography at a young age; from retouching to printing, from photographs suitable for IDs to portraits of newlyweds. He completed a long practical training starting in Calabria where he was born and then in Milan where he also worked in Elio Louxardo’s laboratory.

In 1955 he moved to Rome and kicked off his cinematographic activity as a cameraman, director of photography and documentary filmmaker. Carbone won the Nastro d’Argento, the Silver Ribbon Award thanks to a documentary about the aristocracy in Calabria (1964) and the Silver Lion Award at the Venice Biennale in 1966 thanks to a report – which was enriched with Vasco Pratolini’s texts – about the tragic Florence flood of 1966.

Temperature set to rise as more rain to come