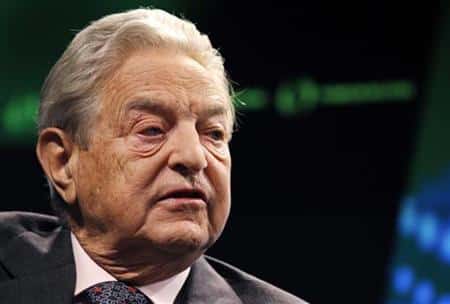 Billionaire George Soros’s pro-democracy foundation said on Tuesday it would shut its office in Budapest and move to Berlin, leaving what it called “an increasingly repressive political and legal environment” in Hungary.

Orban’s critics say the OSF’s departure would mark a milestone in a slide towards what they see as authoritarian rule in Hungary, a European Union member state, where Orban’s right-wing Fidesz party last month was re-elected with a big majority.

OSF said it would continue to support civil society groups in Hungary, but beneficiaries of its grants such as the Hungarian Helsinki Committee expressed concern that they too might come under heavier political and legal pressure.

“The government of Hungary has denigrated and misrepresented our work and repressed civil society for the sake of political gain, using tactics unprecedented in the history of the European Union,” OSF president Patrick Gaspard said in a statement.

In power since 2010, Orban has increased his control over the media and put allies in control of once independent institutions, while his refusal to accept large numbers of migrants in Hungary has also put him in conflict with the EU.

Orban’s campaign for the April election vilified Soros and his activities in support of civil society on billboards nationwide, and he made clear he would be glad to see the OSF leave Hungary.

The OSF said the campaign had “invoked anti-Semitic imagery from World War Two”, a charge denied by the government. Soros, now 87 and based in the United States, is Jewish.

‘SPLINTER IN THE EYE’

On Monday, Orban’s cabinet minister Antal Rogan said the government would further tighten restrictions on non-governmental organisations in its planned “Stop Soros” bill. He did not provide details.

The bill already allows the interior minister to ban NGOs active in the immigration field that he deems to pose a “national security risk”, and it imposes a 25 percent tax on foreign donations to NGOs that back migration.

The OSF is a top donor of the Hungarian Helsinki Committee, which campaigns for human rights.

“Our situation is likely to get tougher,” said the group’s co-chair Marta Pardavi. “The Helsinki Committee is a definite splinter in the government’s eye, so whatever changes they are thinking about, our legal problems will persist.”

But Pardavi added that it had no plans to leave Budapest and would not back away from its advocacy of the rights of asylum seekers and other core issues unless forced to do so.

The Central European University, founded in Budapest by Soros in 1991 after the fall of communism in eastern Europe, said on Tuesday it would stay in the Hungarian capital despite the OSF decision to leave.

The CEU, because it issues international degrees, has had to adapt to a new law which required it to open a campus in the United States. Its rector, Michael Ignatieff, said new students in 2019 might have to enrol across the border in Austria if the CEU fails to strike a deal with Hungary under the new law, which sparked street protests and an EU legal challenge.

In a statement on Tuesday, Ignatieff urged the Orban government to recognise that CEU now met conditions stipulated in the new law.

“CEU cannot go into another academic year in a situation of legal uncertainty,” he said.