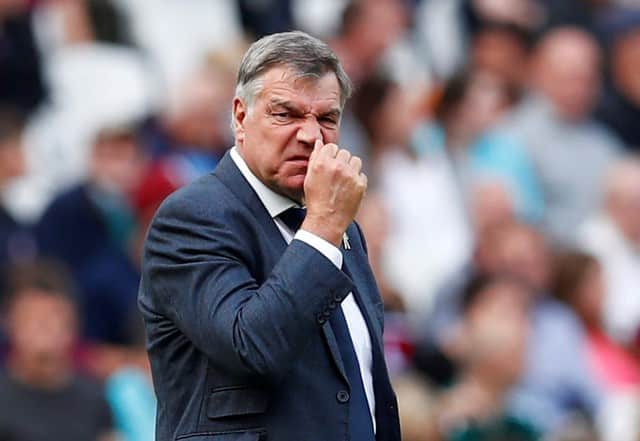 Everton’s structural shake-up left no room for Sam Allardyce who was sacked as manager on Wednesday after a six-month reign in which he steered the Merseysiders to eighth place in the Premier League.

Former England manager Allardyce replaced sacked Dutchman Ronald Koeman in November with the club 13th and five points above the relegation zone. He had a year to run on his contract.

Denise Barrett-Baxendale, who will officially replace Robert Elstone as the club’s CEO on June 1 as part of a raft of changes at the top, said the task of replacing Allardyce would begin immediately.

“On behalf of the Chairman, Board of Directors and (owner) Mr (Farhad) Moshiri, I’d like to thank Sam for the job he has done at Everton over the last seven months,” she told the club’s website.

“Sam was brought in at a challenging time last season to provide us with some stability and we are grateful to him for doing that.

“However, we have made the decision that, as part of our longer-term plan, we will be appointing a new manager this summer. We wish Sam well for the future.”

Allardyce was not a popular choice with the fans and the writing looked on the wall for the 63-year-old when he criticised the recent changes in the club’s hierarchy on Tuesday.

“I’m shocked, disappointed and disgusted that the football club didn’t have the decency to tell me, my Director of Football and my staff about the changes,” he told the Liverpool Post.

“They must have been in the pipeline for a considerable time but no-one thought to tell me and my staff.”

Since Moshiri took over the club in February 2016, Everton have spent around 300 million pounds in the transfer market but rather than mount a challenge to the top four they are treading water in the Premier League.

Koeman was sacked with the club in 18th place, although by the time Allardyce took charge caretaker manager David Unsworth had steadied the ship and they were 13th.

Allardyce was in charge for 26 games in all competitions, winning 10, drawing seven and losing nine.

His final match in charge was a 3-1 defeat at one of his former clubs West Ham United on Sunday.

Including Unsworth, Everton have had four managers since Moshiri came in and former Watford and Hull City manager Marco Silva is favourite to become the fifth.

Everton first targeted Silva when they were seeking a replacement for Koeman but then appointed Allardyce after Watford refused to give them permission to approach the Portuguese who was subsequently sacked in January.

Watford accused Everton of unsettling Silva which they say led to a downturn in form.

“The club is convinced the appointment of Silva was the right one and had it not been for the unwarranted approach by a Premier League rival for his services we would have continued to prosper under his leadership,” Watford said at the time.