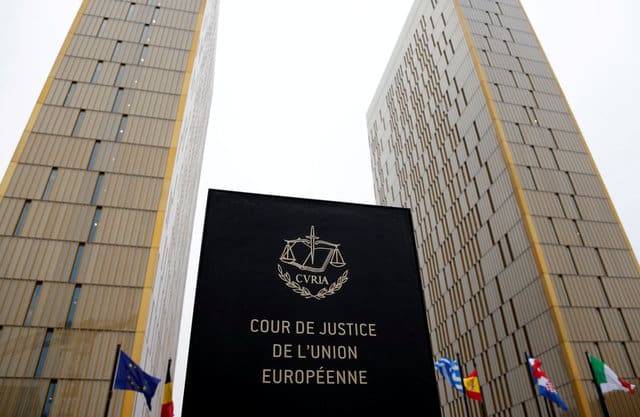 Cyprus may be referred to the European Court of Justice over its failure to adapt its legislation on environmental impact assessments, the EU Commission said on Thursday.

In a statement on its website, the commission said Cyprus, along with Ireland and Spain had infringement proceedings against them since July 2017 after their national laws were not adapted in accordance to modifications of an EU directive.

All three were sent reasoned opinions whereby if they fail to act within two months, the cases may be referred to the EU Court of Justice.

Specifically, the Environmental Impact Assessment Directive (Directive 2014/52/EU) aims to ensure “that an adequate impact assessment for projects likely to have significant effects on the environment is done before they are approved”.

Nonetheless, “the missing provisions have not yet been fully incorporated into the respective national laws because the existing laws on impact assessment are currently being revised,” the commission said.

Cyprus also received two letters of formal notice from the EU Commission over its failure to ensure adequate protection for indigenous habitats and species, as well as not transposing to EU directives protecting members of the public from radiation.

A statement on the commission’s website said Cyprus and Lithuania had received a letter of formal notice “over their failure to ensure adequate protection for indigenous habitats and species by designating nature protection areas.”

All member states were required to do so as per Council Directive 92/43/EEC on Habitats and on Birds, Directive 2009/147/EC which outlined the establishment of a coherent European Natura 2000 network. Countries are required to designate the most appropriate sites, at national level as Special Protection Areas (SPAs – under the Birds Directive) and by proposing adequate Sites of Community Importance (SCIs – under the Habitats Directive) to the Commission.

Lithuania and Cyprus failed to provide an exhaustive list of SCIs, according to the EU commission and those which have been proposed “do not adequately cover the various habitat types and species that need protection.”

“Cyprus has also not designated a sufficient number of offshore SPA sites,” it added.

Both countries have two months to reply to the arguments raised by the Commission which may otherwise may decide to send a reasoned opinion.

A separate statement included Cyprus in a list of nine countries required to transpose to a basic safety standards directive by February 6 this year.

The Council Directive 2013/59/Euratom relates to legislation on radiation protection, laying out “basic safety standards to protect workers, members of the public, and patients against the dangers arising from exposure to ionising radiation. It also includes emergency preparedness and response provisions that were strengthened following the Fukushima nuclear accident.”

Cyprus, Finland, Greece, Ireland, Italy, Luxembourg, Malta, Portugal and Sweden have two months to respond to the arguments whereby if they don’t, the Commission may send a reasoned opinion.

A reasoned opinion allows a member state an additional two-months to comply to the Commission’s requirements, which issues a press release informing the EU’s citizens of the purpose of the procedure.

If the country fails to conform with Community law, the Commission can take the case to the Court of Justice, whose judgment is binding.

AGTA to close its doors after 29 years

Three plays speak of our problem