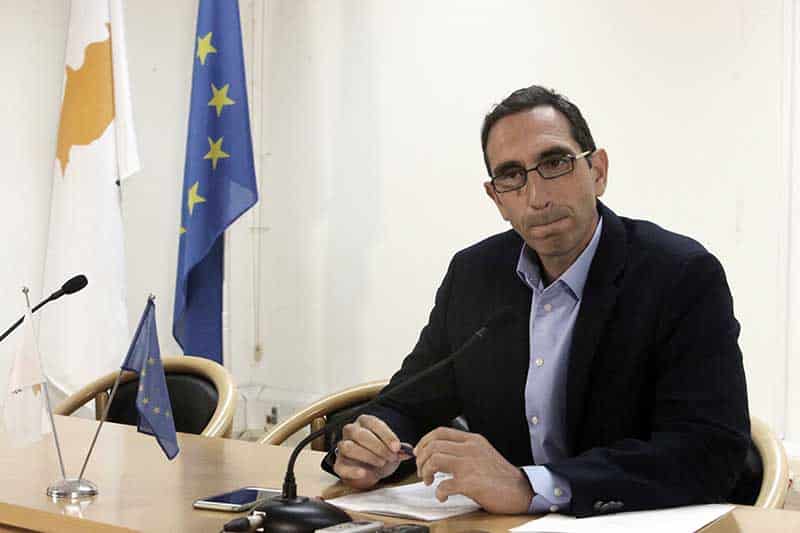 Health Minister Constantinos Ioannou on Thursday said although he was willing to enter a dialogue with doctors’ unions he would not be blackmailed with threats of escalation of measures.

Ioannou denied doctors’ claims that state hospitals were collapsing and called on them to support the ministry against those attempting to undermine hospital autonomy and the introduction of the National Health Scheme (Gesy).

The minister was speaking at a press conference held to comment on recent developments in the health sector including a two-hour work stoppage by members of state doctors’ union Pasyki on Wednesday, sparked by the arrest of two of their colleagues suspected of causing death through negligence after a 10-year-old boy died last week.

The two state doctors aged 37 and 65, on Thursday denied charges of causing death through a reckless or dangerous act and reckless and negligent actions. Their trial is set to start on September 28.

Wednesday’s strike in response to the arrest of the two last Saturday, was a hurried decision, Ioannou said.

“The truth is that even today I have not understood the real causes of the strike,” he said, adding however that any strike measures were an inalienable right of trade unions as long as there were real reasons for them after dialogue has been exhausted.

He added that ordering a probe following the death of the boy was the least the state could do.

If the term ‘medical negligence’ has bothered some because it is different in legal terms than ‘medical error’, he said, the bottom line was: “The loss of a ten-year-old boy’s life and attributing responsibilities there and where there are employees of the state and in accordance with the public service law”.

The death of the boy caused a storm of public indignation over the weekend after his mother publicly accused Larnaca general hospital doctors who treated him of failing to diagnose his injury correctly.

Doctors had said that the two-hour strike was staged to sensitise the government to the problems faced by the sector, but they also demanded the decriminalisation of medical acts in the wake of the arrest of two of their own in connection with the boy’s death.

On the decriminalisation of medical acts, Ioannou said that there was a Constitution that provided for these matters. “I don’t know how prudent or not would be for some groups to be excluded but that is a matter of the legal services,” he said.

In response to claims that the life of the 10-year-old Stavros would have been saved if there had been a neurosurgeon at the Larnaca General Hospital, Ioannou said these kinds of claims were aimed at confusing the public.

“It is sad to create false impressions to the public on such sensitive issues,” Ioannou said. He added that according to European and international practices and taking into account distances in Cyprus, “it would be naïve for the ministry to set up a neurosurgery clinic in every public hospital, weakening the existing one just to score points”. The transfer of an ambulance patient from Larnaca to Nicosia is only 17 minutes, he said.

The minister acknowledged that there were problems in state hospitals but at the same time the work that had been done over the past two years, including the passing by parliament of the bills on hospital autonomy and Gesy.

He also denied claims of the collapse of state hospitals. Today he said, there were 826 doctors working in state hospitals compared to 739 in 2012, while statistics show a reduction and/or stabilisation of visits to the A&Es. He also mentioned referrals of patients to the private sector.

Admitting that there were no medical protocols covering all cases, the minister said that he intended to push the establishment of a committee to record and update existing protocols.

Markle confirms father will not attend her wedding to Prince Harry