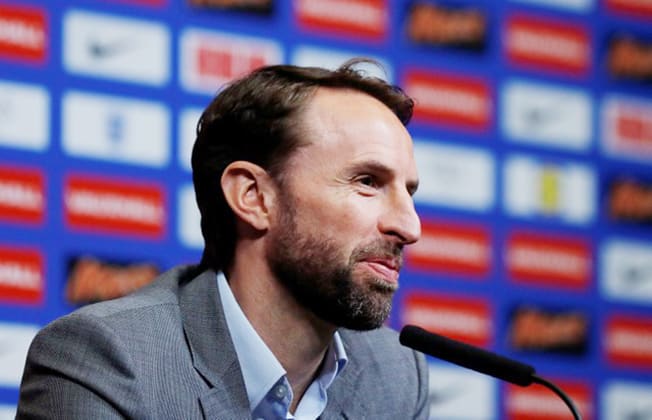 Gareth Southgate appeared at Wembley on Thursday to discuss his fresh-faced 23-man squad for Russia and insisted he had selected the best available players, not just those with the most to learn

England’s youthful World Cup squad is not the result of a policy to pick young players but simply a question of choosing the best talent in the best form, manager Gareth Southgate said on Thursday.

Southgate, the former England Under-21 coach, was also quick to dismiss talk of Russia 2018 being used as a chance for his young squad to gain experience as he explained the thinking behind his decisions.

“We’re picking them not because they’re young, but because they are the best in their positions. We know they’re not the finished article. That’s where we are at the moment,” he told a news conference, acknowledging that the dominance of foreign players in the Premier League was another factor.

“As a country, we pick from 33 per cent (of the Premier League’s players). It is quite a unique situation.

“OK, maybe it’s brave to take players without a number of caps, but we have to give these guys belief,” he said.

England’s inexperience is most apparent in the goalkeeper position where the three players chosen – Jordan Pickford, Jack Butland and Nick Pope, have just nine caps between them.

“They are the best three English goalkeepers we have in the league,” Southgate said.

“We are not picking young players because they are young and we are trying to buy ourselves time.

“We believe they are the best in their positions for the way we want to play. With the goalkeepers, they have been the best three,” he said.

“Trent’s the next best English fullback in the league,” said Southgate, referring to his first choices Kieran Trippier and Kyle Walker.

“His performances have been excellent. He’s shown, in games of real pressure, the personality and the ability to cope with that,” he said.

Alexander-Arnold has impressed during Liverpool’s run to the Champions League final where they will face Real Madrid in Kiev on May 26.

“He’s had an extended run in a team where the expectation is high. He looks like he’ll be playing in a Champions League final and is a player I know.

“There are some other younger players that aren’t quite ready to be with us, but he’s ticked all the criteria we feel we need,” he said.

Yet despite the focus on youth, Southgate said there is no question of England viewing the World Cup as simply a staging post.

“I don’t think when you are involved with England, you can ever write any game or tournament off — that wouldn’t be acceptable,” said the manager.

“We know teams that win tournaments tend to have a lot more caps than us and have experience of semi-finals and finals. That’s what Germany have done over a number of years, what Spain have done.

“This group, we know they lack big-match experience, but we think this is the best group available.