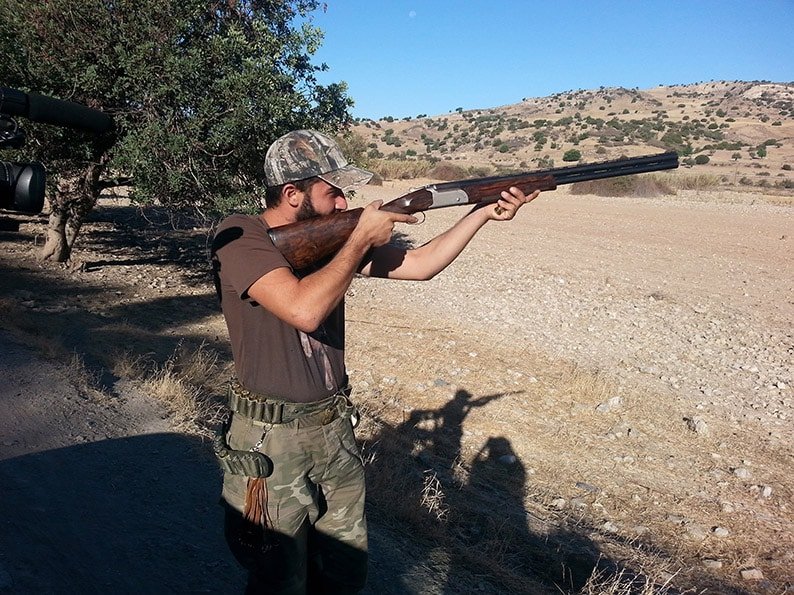 The game service said on Friday that it disagreed with the possible suspension of turtle-dove hunting on the instructions of EU agencies over what Brussels describes as alarmingly decreasing populations throughout Europe.

The government however, the game service said,  was against the possible suspension, citing a number of reasons, among them that in Cyprus there was limited number of quarry species to hunt compared with other countries.

According to the service, recently, there has been a major debate in the competent bodies of the European Union on the necessity to suspend turtle-dove hunting in EU member states until the Adaptive Harvest Management system is implemented.

This debate was sparked by the report on the conservation status of birds worldwide for 2016 and the recommendation by the European Union Environment Commissioner on the suspension of turtle-dove hunting until all member states apply adaptive harvest management. This, the service said, is a prerequisite for continuing the hunting of turtle doves in the EU Action Plan for the conservation of this species.

Adaptive harvest management, the service said, refers to the maximum per capita harvest number of a species in relation to its population, which is calculated on a daily basis. This information is also received by the hunters, and as soon as this limit is reached, the hunting of the species concerned will be automatically prohibited.

The service said it was working on ways to implement this system “possibly through an application for smartphones and tablets”. This, it said, was an obligation for Cyprus for the continuation of turtle-dove hunting, “and might possibly, also in the future, be required for other species”.

Turtle-dove hunting is permitted in Cyprus, Austria, Bulgaria, France, Greece, Italy, Malta, Portugal, Romania and Spain.  According to the action plan of the EU for the conservation of the European turtle-dove (Streptopelia turtur), around two million birds are estimated to be harvested annually in these countries, as it is an important quarry species.

“In the rest of countries turtle-dove hunting was never allowed because the species was not part of their hunting culture,” the game service said.

Degradation or destruction of breeding habitats of the species, intensification of agricultural activity, illegal hunting, climate change, diseases, excessive or illegal use of pesticides are among the reasons that led to the population decline of turtle doves over the last 30 years, it added.

In Cyprus, it said, the main reasons that led to the population decrease in turtle doves, are scattered housing, habitat fragmentation due to road construction, large number of fire-break zones, abandonment of small-scale agriculture in mountainous and rural areas and changes in cultivated crops, intensive dam construction, the use of the illegal hunting method known as ‘feeding’ and lack of management in conifer plantations.

But Cyprus, the game service said, does not agree with a possible suspension of turtle-dove hunting, as this would mean that interest from state services and hunters to preserve the species would drop, adding that the service, but also hunting clubs, were taking measures for the management and preservation of the species by placing water and feeding troughs and by planting thousands of acres with cereals and legumes in the semi-mountainous and mountainous areas.

It also said that the EU action plan does not include sustainable and lawful hunting as a factor contributing to the decline of turtle dove populations, adding that in Cyprus, a large part of the habitat is in prohibited hunting areas.

It also referred to the penalties provided for hunting or disturbing wild fauna during the nesting period that start from €8,000-plus fines.

The service said that other EU member states also oppose the possible suspension of turtle dove hunting and that the issue is being discussed at an EU level.