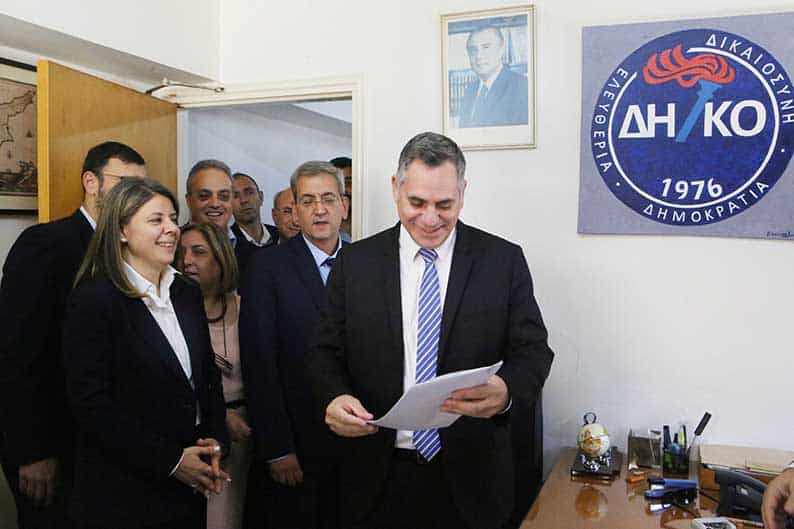 Diko leader Nicolas Papadopoulos will run uncontested for the seat of party leader as no one else submitted their candidacy for the internal elections on Friday.

Papadopoulos said he was moved to be running for party leader after heading Diko for the past five years.  No one else ran for his position thus guaranteeing his spot at the leadership.

Athos Antoniades is also running uncontested for the seat of party general secretary while Fytos Constantinou for the position of general planner.

A total of 23 candidacies were submitted for 14 positions in Diko’s executive office.

Since Papadopoulos’ failed presidential bid, the party has undergone a purge with dozens resigning and expelled from Diko.

Climate-change monitoring station to be set up in Cyprus