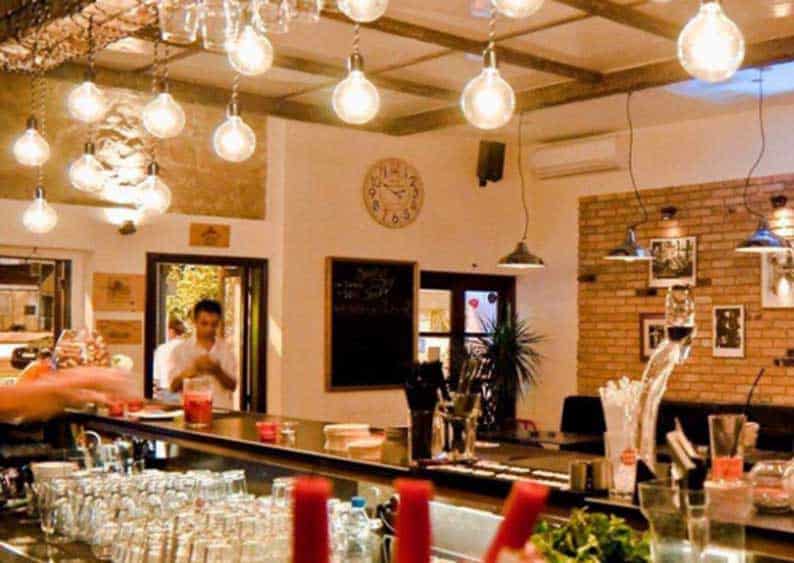 A popular wine bar in Paphos old town is appealing to the authorities to give them clear guidance on acceptable noise levels after the manager was arrested this week for the third time in a year.

Tatiana Gaydanskaya, owner of Boulevard bistro and wine bar on Kennedy square told the Cyprus Mail on Friday that she was desperate to find a solution to an ongoing problem of alleged noise violations by the venue which has resulted in a slew of fines and the arrest of the manager, who is one of the liquor licensee’s.

“Five police officers came to arrest Yiannis; we had been closed for some time and the music wasn’t even playing. There was no warning. We don’t want to close down, we have to provide music for our customers, I wish they would tell us what we can do to fix this for everyone,” she said.

The current situation started around a year ago when police officers started to visit the premises. On one occasion around 15 police entered the venue at one time she said.

“It was like some terrible crime has been committed here, they came all came in disconnected the speakers in front of the guests and arrested Yiannis.”

The bar owner said no warning was given, due to a number of ongoing court cases concerning noise pollution at the venue. “The police immediately obtain an arrest warrant if a complaint is received about us, without checking it out,” she said.

“They didn’t visit the premises to check noise levels when the complaint was made this week. They went straight to the judge believing the complaint from the resident and obtained an arrest warrant.”

Videos captured on her mobile phone show music being played at a low level with people’s conversation heard above it.

When the police arrived, DJ, George Kara, had already left for the night and no music had been played for 40 minutes. Police entered the premises and arrested the manager and took him away in handcuffs, for the third time.

He said: “I was held until around noon the next day and I am fed up with this. We want to have a good relationship with everyone and we understand that people live here, but there have to be clear rules. The legal use of decibel meters would be good.”

Until now, the venue has paid a number of fines, most around €300 a time, and has had four sets of equipment confiscated. They will not get this back for some time and there are other numerous fines for similar cases as fines have become a regular occurrence.

There are other venues close by and the one next door is also experiencing problems, but not on the same level, Gaydanskaya said.

One particular resident that is involved with the church lives about 300 metres away was the main complainant she said. She has tried to discuss the issues and even offered to pay for him and his family to move to another rented property in a quieter area, but to no avail.

“The other neighbours don’t complain. We had a meeting with the Bishop who tried to help and moved this man to work in Tala and offered him a nice house there, but he is still living here.”

Boulevard has been open for around five years and is hugely popular with both visitors and locals. The premises sits on the newly renovated square and they managed to survive whilst all of the upgrading of the area was underway, which adversely affected many businesses.

“The authorities have paid a lot of money to beautify the area and they want to encourage people here. We have all of our licences and we need to play music.”

The bar owners said that relying on a policeman’s opinion, or one person’s complaint was not acceptable.

“We need guidelines as to the levels of noise that are permitted and also for the police to use decibel meters, we would have one as well.”

Kara said that the music was always at a low level.

“People like to talk, I don’t play the music loudly and we need to find a way to fix this.”

Paphos police spokesman Nikos Tsappis agreed that the use of decibel meters would help the police greatly, as noise could be measured and used as factual evidence.

However, he did warn that permitted levels may still be too much for some residents.

“Maybe they will find the limits far too loud. There is a law about decibel meters but the government still has some points to discuss and we don’t know when they will be in use,” he said.

Tsappis confirmed that officers often rely on complaints made by residents, in accordance with the law, and said he would like to believe that their complaints are valid and truthful.

“I don’t want to believe that someone making a complaint would go to court and lie when giving evidence,” he said.

The only advice he could give to premises playing music is to keep levels very low.

In the meantime, Boulevard is hoping for a peaceful weekend without any incidents.