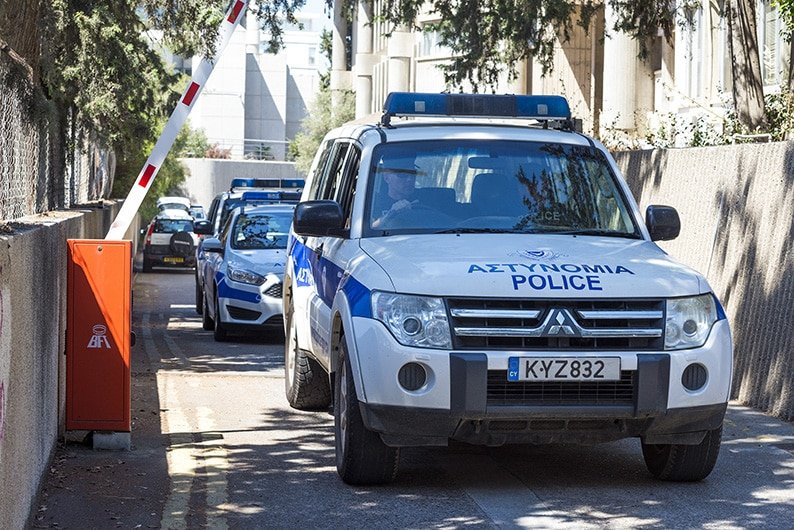 Police officers on Saturday called on Paphos Mayor, Phedon Phedonos, to submit to the force’s internal audit service any evidence of corruption, saying it was actions, not empty words that would help combat corruption.

During a news conference, the associations ‘Senior Police Officers’ and the ‘Cyprus Police Force’, responded to claims by Phedonos that some of their colleagues were taking “wads of money to turn a blind eye” to organised crime.

Deputy police chief, and head of the Association of Senior Police Officers, Demetris Demetriou, called on Phedonos to submit any information available to the police internal audit service tasked with investigating corruption.

“What I want to emphasise is that corruption is not being tackled with public statements, appearances and performances in the media, but through the statutory procedures I have mentioned,” Demetriou said.

Such “levelling approaches”, he said, do not do justice to the mayor of Paphos but they do tarnish the entire police force.

“We do not claim the privilege of a service of angels, but we cannot accept that police officers, on the whole, as Mr Phedonos is almost presenting them, are corrupt and incompetent,” Demetriou said.

He recalled that the police had recently set up under the relevant law, the internal audit service, which deals exclusively with corruption in the force.

The law, he said, was very strict and if a police member was convicted by a criminal court for corruption, they can be sentenced to between five and seven years, receive up to €100,000-fines or forced to resign.

He also said that all cases of corruption being investigated by the internal audit service are supervised directly by the attorney-general, which proved its autonomy and independence.

Kyriakos Charalambous, head of the Cyprus Police Association, spoke about “a comedy we have been watching all over the last few weeks, starring Mr Phedonos, who has now made a habit of parading on TV shows and yammering about the same things without a trace of respect for the main pillar of security that is the police force”.

All this time, Charalambous said, Phedonos has been repeatedly called on to officially document his claims but instead of doing so, “he sought to take action as he sought to visit the Paphos hospital where a suspect for the bombing his mother’s car is being held, possibly to interrogate the suspect”.

He added that officers tarnished by Phedonos’ statements have asked the police chief to investigate Phedonos’ claims on what he is accusing them of.

Meanwhile, police on Saturday said they were continuing operations in all districts to clamp down on serious and organised crime.

In this context, a number of arrests have been made during the last 24 hours, police said, following targeted investigations in residences, business establishments and vehicles in all districts.

In Limassol, investigations were carried out in homes of five people.

During a search in the house of a 28-year-old, a gun, 27 air-gun pellets, a tear gas spray, and a small quantity of drugs were located and seized. He was arrested and detained.

In Larnaca, a 39-year-old owner of a games hall was arrested for the possession of four slot machines and a digital video recorder (DVR) and four external cameras hat were recording a public space.

During a search in two other premises, two persons were arrested against which arrest warrants were pending for assaults and causing real bodily harm.

A 27-year-old man was also arrested, after eight grammes of cannabis were found on him and in his home.

In Paphos 13 residences and establishments were searched, while searches also took place in the Famagusta district, police said.

In Ayia Napa, two men aged 30 and 27 were arrested on Friday following a search in their homes.

They were charged and released. The 30-year-old is being investigated for money laundering.

Police also said that during the last 24-hours, in total, 174 persons and 108 vehicles were checked.

Coordinated operations will continue on a daily basis, police said.