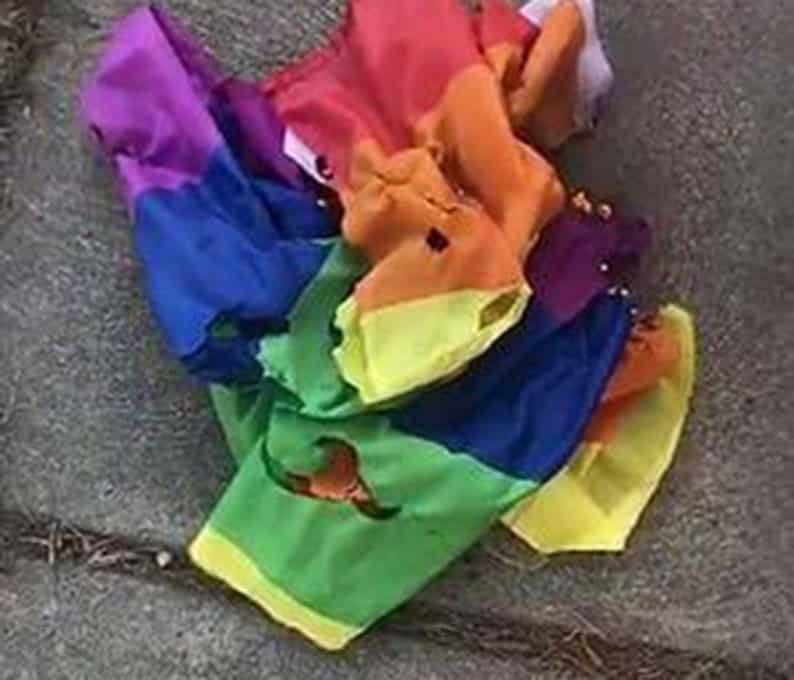 The LGBT+ and Friends Students’ Club of the University of Cyprus (UCy) announced on Saturday they were holding a protest on Monday after a group of students of the university took down and trashed the rainbow flag hoisted at the campus on the occasion of the International Day against Homophobia and Transphobia (IDAHOT).

The group had announced on their Facebook profile that the flag, which was hoisted at the campus on Thursday to mark the IDAHOT, was taken down by some students a few hours later.

It said that this “act of hatred and a crime against the rights of the LGBT+ community” was carried out by five students who “decided to demonstrate their hatred by stealing the rainbow flag from UCY”. The flag was to be up as a sign of support of LGBT rights and the condemnation of homophobia.
“Unfortunately, as we can see, a flag is not enough to present the University of Cyprus as a space of tolerance and acceptance of diversity and of equal rights for all. Still, there are people – and tragically, students of UCY – who not only do not tolerate diversity but have not been able to tolerate the flag that symbolies this, for less than a day,” the group said.

This act, if anything, the group said was a reminder as to why the Pride parade was still necessary, and above all, why their club needed to exist. “The struggle for equal rights for all is not over,” it said.

The group also demanded that the university takes a stand by condemning this act of hatred, cooperating in holding the culprits responsible for their act, and by showing support to the LGBT+ community by raising the flag on June 3, when the Cyprus Pride Day 2018 will take place. On Saturday, the group said that the university had yet to take an official stance concerning the incident.

The group called for support from everyone “to give some hope to the LGBT+ community after this sad event”.

The goals of the LGBT + Group and the University of Cyprus Friends are raising awareness and providing information on issues related to sexual identity and orientation, health issues, but also the normalisation of diversity at the University of Cyprus and the promotion of a safe environment in which any individual can be themselves without fear and without feeling overwhelmed.

Another goal is to strengthen relations between homosexuals, transgenders, bisexuals, a-sexuals, trans people and heterosexual students, facilitating communication, regardless of gender and sexual orientation.

A protest is taking place on Monday at 8pm at the UCy campus, in the main square, in front of the main restaurant.