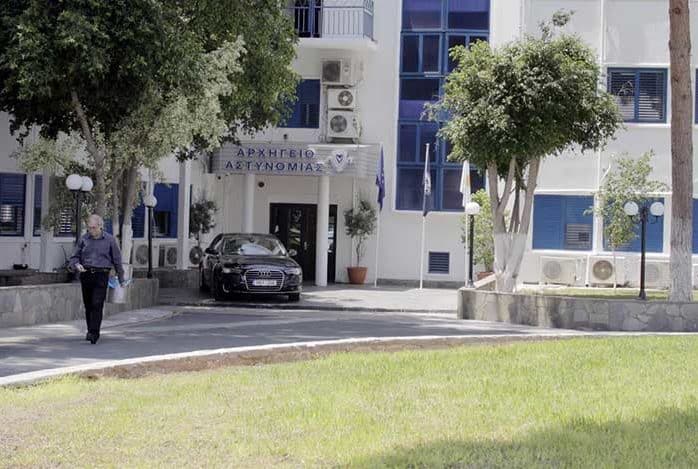 POLICE on Friday hit back at claims there had been an unprecedented rise in serious felonies as the Paphos mayor accused some members of the force of taking “wads of money to turn a blind eye” and officials continued their handwringing over organised crime.

In a statement, police said international experience showed that organised crime could only be tackled effectively when the state and all other institutions and departments developed a universal approach with the aim of hurting its finances through the seizure of assets gained from illicit activities.

“This is the reason we are appealing to everyone to support the police and do their part in the effort to stamp out organised crime,” the force said in a statement, hours after Paphos Mayor Phedonas Phedonos threw more mud at them.

He accused some police officers of being corrupt and taking in wads of money, in return for turning a blind eye to criminal activity.

Speaking to Apo Mera se Mera, a news programme on the state broadcaster, he said the pyramid  of organised crime referred to by Justice Minister Ionas Nicolaou had lawyers and business people at the top.

He said serious crime existed long before the recent crackdown and he had reported information to police in the past without them taking any action.

“They have information from me that a specific Hummer car delivers drugs to a certain area in Chlorakas to a specific person whose name begins with the letter R. Police authorities know this very well,” the mayor said.

“Do they not know that on the last bridge from Limassol to Paphos, quantities (of drugs) are picked up with a motorcycle and brought to Paphos. Do they or do they not know who produces explosives in Limassol? All of the police and their chief know this.”

Phedonos had previously publicly said there was someone manufacturing explosives in Limassol that police were aware of it but, he said as of Friday this person’s premises had not been searched and he was still a free man.

“Police know all this. Some of them don’t take action but some (officers) take thick wads of money.” Responding to the accusations, police called them unfair and unproductive, denying they were true.

They also, in their statement, rejected claims there was an unprecedented rise in serious crime, publishing statistics that showed there was in fact a reduction.

“We consider it our duty and moral obligation to refer to the matter so as to re-establish reality,” it said.

The statement said murders were down 11 per cent, attempted murders down 14 per cent, robberies and extortions, 32 per cent, and burglaries, 39 per cent.

However, there was a 6 per cent rise in arsons and a six per cent increase in destruction of property using explosives. Both methods are used by organised crime to either send messages to business people who refuse to pay protection, or for intimidation, or as warnings.

“Consequently, cultivating the impression among the public opinion that crime has increased, is groundless and damaging, and it reinforces fear and the feeling of insecurity in society,” police said.

Police noted that the rise in serious crime between 2010 and 2013 happened when the force had 500 more officers than 2014 to 2017 and did not even have to assign 200 of them, as is the current state of affairs, for counter-terrorism related activities.

The crackdown was launched after a gunfight in Limassol on May 5, which saw a police officer critically injured. The incident prompted the ire of President Nicos Anastasiades and other officials who vowed there will be zero tolerance against organised crime.

“A law-abiding state like the Republic of Cyprus cannot tolerate organised crime and when it surfaces measures must be put in place,” Prodromou said.

The spokesman said acts like the gunfight and any surge in crime would be met with the necessary response from the authorities.

On Friday, police searched the home of a businessman in Ayia Napa, assisted by the special response unit and the counter-terrorism squad.

The search, on a court warrant, started in the morning and finished at around noon. Reports said police found a large amount of cash and a number of firearm rounds in a safe.

Since the crackdown kicked-off, police have searched hundreds of addresses, vehicles and individuals, making 22 arrests for various reasons.

They have also seized several firearms, thousands in cash, drugs, jewellery, and antiquities.

Justice Minister Ionas Nicolaou said he could not guarantee that organised crime would be eradicated but police will intensify its checks.

“People who may cause a surprise could be part of the structure of certain groups,” the minister said, adding that he was not speaking of anyone in particular.

“Inside the structure of a drug trafficking pyramid there might be people we admire for their business activity,” he said.

Nicolaou said no one had a clear picture of who the kingpin of organised crime was since authorities could not confirm whether the individuals they knew were the top.