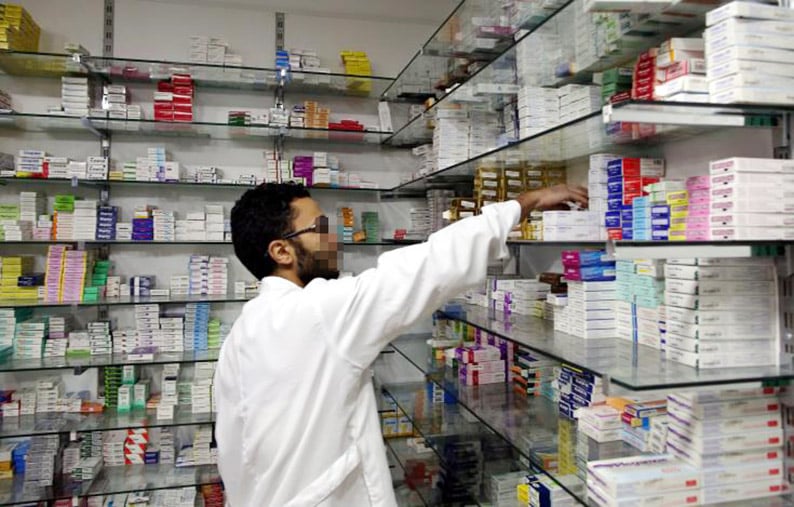 MORE and more Greek Cypriots, particularly those feeling the financial pinch, are crossing to the north for cheaper medicines, while others buy in bulk while visiting Greece.

This past week the Association of Pharmaceutical Companies warned the public not to buy meds in the north due to concerns over safe storage and handling. The association said the problem of high prices would be solved with the roll-out of the National Health System. But is that true, or it is a sop – a distraction to mollify consumers? And why are meds so expensive in the south?

In Cyprus, the market in prescription drugs is split into two: the lion’s share – accounting for about 80 per cent of sales – rests with the public sector (state hospitals), with the remainder going to the private pharmacies.

The small size of the entire market (assuming a population of 800,000) means there is little wiggle room to bring prices down; when you chop off another 80 per cent the private sector is left with a very small piece of the pie.

And when it comes to private pharmacies, prices of prescription drugs are not determined by supply and demand. Rather, prices are set according to a reference list compiled by the government. Keeping it simple, prices are calculated by taking the average price of a particular product in an ‘expensive’ country and an ‘inexpensive country’.  The reference list is updated roughly every two years.

The list was last revised two years ago, when prices dropped 8.5 per cent across the board.

And the health ministry is currently devising a new price list, with a new basket of medicines, to apply as of June 1 this year.

Still, people are taking to the north to buy their pharmaceuticals.

If you happen across the first pharmacy after the Ledra Street crossing point, you will almost always spot long queues, with Greek Cypriots being among the patrons.

Pharmacies in the north sell drugs without a prescription and this, combined with the lower prices, makes it a no-brainer.

But whereas chemists in the south will complain about competition from the north, they cannot  – or will not – say how far they have taken a hit from their Turkish Cypriot counterparts.

“We don’t have specific data on the drop in business directly due to competition from the north, nor data on the decline in turnover in general,” said Eleni Piera-Isseyegh, a pharmacist and president of the Cyprus Pharmaceutical Association  (CPA).

Without specifying, she did concede there has been a drop in sales over the past few years, but attributed this to the growing number of people becoming eligible for public healthcare since the 2013 financial crisis. For instance, people registered as unemployed automatically qualify for medicines from state hospitals, where the co-pay ranges from the minimum of 50 cents up to the maximum of €5.

Nor did Isseyegh have immediately available information as to what share of sales do prescription drugs account for.

She, too, predicted that prices would drop once the National Health System (Gesy) is introduced.

The first phase of Gesy, affecting among others medicine prices, is said to launch on June 1, 2019.

The new system, as proposed by the Health Insurance Organisation (HIO), will maintain reference pricing, with the prices agreed between the HIO and drug importers.

But under Gesy, state hospitals will no longer sell prescription drugs. All prescription meds will be sold by private pharmacies, including those prescribed by state doctors.

This will apply for all outpatients. Where inpatients at state hospitals will get their drugs from, is still up for debate.

“Because of this – private pharmacies getting the other 80 per cent of the market – we anticipate that prices will go down,” Isseyegh told the Sunday Mail.

The new system will work like this: patients – both from the private and public sectors – will bring their prescription to their neighbourhood pharmacy. They will pay just €1 per packet as co-pay.

The transaction is entered into a computer database shared by the entire healthcare sector. The chemist transfers the €1 per packet to the government, and files a reimbursement claim with the HIO for the retail price of the drug.

If a patient wants a different drug to that prescribed, one that is not on the HIO’s list, he or she will pay the difference out of pocket.

For example, if a pharmaceutical offered by the HIO costs €5, and the price of the alternative med chosen by the patient is €8, the patient will pay €3.

This is the system as envisioned by the HIO, but negotiations with stakeholders are set to get underway early next month.

The crux lies in the pharmacies’ profit margin under Gesy, to be agreed with the government.

The difference compared is that the profit margin will be a fixed number in euros per packet sold, as opposed to a percentage on the sales price as under the current system.

This ‘magic number’, Isseyegh says, is what will likely make or break the upcoming talks with the government.

“At any rate, it’s going to be better for us, as this method will free us from the constant changes to the profit margin set by the state.”

At present, private pharmacies are guaranteed a profit margin by the state. The higher the price of the drug, the lower the margin.

For medicines costing up to €50, the profit margin (wholesale) is 37 per cent, but in reality it works out to 27 per cent at the actual point of sale.

Avgoustinos Potamitis, head of the Cyprus Association of Pharmaceutical Companies (CAPC), the medicines importers, likewise offered the conventional wisdom that drug prices will fall once Gesy is in place.

“As long as Gesy is designed properly, and it is not an extension of the current system, we will see an improvement for everyone,” he said.

To illustrate his point, he said that only 2,000 of the some 5,000 prescription drugs registered in Cyprus are actually in circulation.

This is chiefly because drug manufacturers often do not find it profitable to sell their products on the island due to the small size of the market and regulation.

Isseyegh echoed this, citing the example of Thyroxin which became unavailable in 2005 because the price, set by a then-revised reference list, was considered too low for sellers.

“But I’d like to stress,” she added, “that the new system as I described it above are the proposals of the HIO at this time. The details could change.”

Our View: Government needs to take US sanctions warning seriously