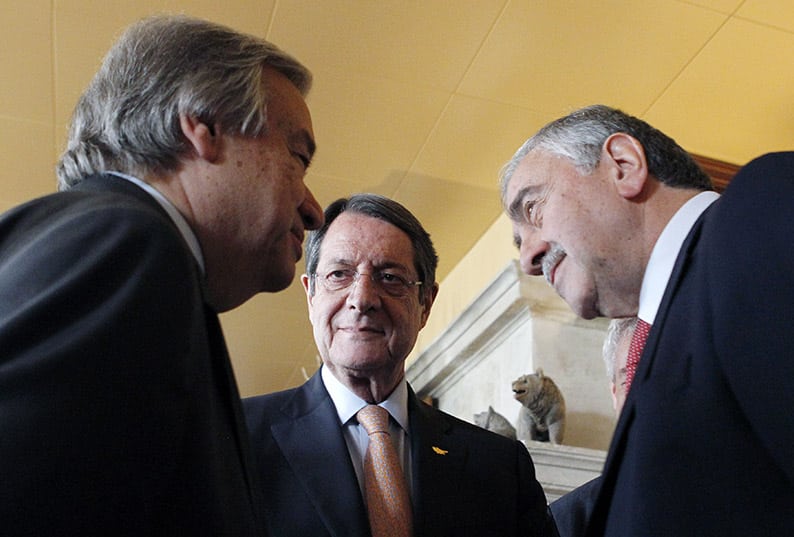 READING the papers and listening to political discussions one gets the impression that the Guterres framework submitted at Crans-Montana resolves the Cyprus problem.

That is a misconception. The Guterres framework provides an approach to resolving the problem, but it does not deal effectively with the issues because it is incomplete.

The details in themselves are difficult to put together, and a whole series of things, including democratic and human rights issues have to be resolved without destroying the framework of UN policy, or providing precedents for other conflicts, most notably Palestine.

The Guterres framework is incomplete because it has not been placed within the overall framework of a Cyprus settlement as prescribed in UN Security Council (UNSC) resolutions, and the agreements between the leaders of the Greek and Turkish Cypriot communities which have been accepted by the UNSC.

It has also created confusion because the framework was presented orally and changes were made, a clear statement on the framework has not been produced by the UN, and each community appears to be using a different interpretation. As a result, this lack of professionalism by the UN is allowing the two community leaders to avoid a joint acceptance of the framework by putting forward different versions.

Key issues which are missing include the following:

“The settlement will be based on a bi-communal, bizonal,  federation with political equality as set out in the relevant Security Council Resolutions and the High level agreements.”

In view of the confusion of what the Guterres framework actually states, the following presentation is based on the UN Secretary General’s official report to the Security Council, with comments on the proposals made in the document, based on an assessment of the degree of difficulty of achieving agreement on each UNSG proposal.

At the Crans-Montana meeting on June 28, 2017, the UNSG presented a framework to overcome the problems still remaining in the negotiations involving six elements: territory, political equality, property, equivalent treatment of Turkish citizens, security and guarantees.

Part of the problem is that the UNSG has set a “framework for discussion” which is not a solution to the problems which have to be negotiated.  Consequently, the following measures are required:

One way of doing it democratically is for a GC and TC candidate to run together for President and Vice-president, the election requirement being over 50 per cent of the total GC/TC vote, as long as both candidates get at least 25 per cent of the vote of their own community. A six-year term is implied, four years for the GC and two years for the TC.

Therefore, it appears that the Guterres framework could result in a settlement, but we all need the UN to include the components mentioned above and the UN to submit one clear document and get UNSC support for it in a new resolution.

We wuz robbed, so it’s next year in Tel Aviv