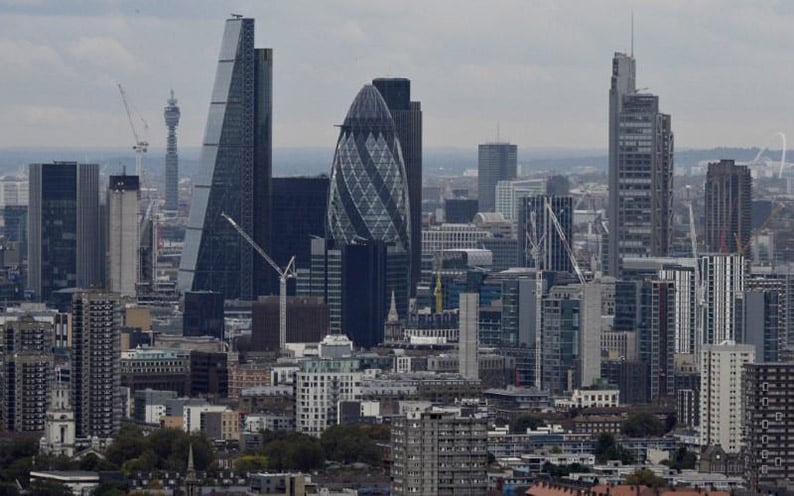 Britain’s financial centre has been a big beneficiary of the massive flight of Russian cash since the 1991 fall of the Soviet Union. London remains the Western capital of choice for Russian officials and oligarchs who flaunt their wealth across Europe’s most luxurious destinations.

But diplomatic relations between London and Moscow have hit a post-Cold War low after the poisoning of a former Russian double agent in an English city that Prime Minister Theresa May blamed squarely on Russia. Moscow denies any involvement.

May has vowed to clamp down on Russian money but a report by parliament’s Foreign Affairs Committee accused her government of failing to back up its rhetoric with credible action.

“There is no excuse for the UK to turn a blind eye as President (Vladimir) Putin’s kleptocrats and human rights abusers use money laundered through London to corrupt our friends, weaken our alliances, and erode faith in our institutions,” said committee chairman Tom Tugendhat.

“The scale of damage that this ‘dirty money’ can do to UK foreign policy interests dwarfs the benefit of Russian transactions in the City.”

The Kremlin dismissed the report as an attempt to whip up Russophobia and to harm legitimate Russian business interests.

“This is nothing other than the latest step in line with unfriendly, unfair competition (against Russian business),” Kremlin spokesman Dmitry Peskov told reporters.

Among its recommendations, the committee said Britain should work with its allies to make it more difficult for Russia to issue sovereign bonds, which are not subject to sanctions, via banks which are sanctioned – a practice the report said undermined efforts to rein in Russian behaviour.

“The size of London’s financial markets and their importance to Russian investors gives the UK considerable leverage over the Kremlin,” the report said.

Earlier this month the British National Crime Agency said potentially hundreds of billions of pounds were being laundered through Britain every year, and that it was a prime destination for Russians looking to legitimise the proceeds of corruption.

The committee cited the 2017 flotation on the London Stock Exchange of En+Group (ENPLq.L), which manages Oleg Deripaska’s aluminum and hydropower businesses, as an example of “the contradictions inherent in UK government policy towards Russia”.

Deripaska and En+ are among more than two dozen Russian companies and businessmen targeted by a new flurry of U.S. sanctions imposed last month over Russia’s alleged meddling in the 2016 U.S presidential elections and other so-called malign activities. Moscow denies interfering in the U.S. election.

The British report did not call for specific sanctions against named Russian companies or individuals, but said: “The use of London as a base for the corrupt assets of Kremlin-connected individuals is now clearly linked to a wider Russian strategy and has implications for our national security.”

After the poisoning of ex-spy Sergei Skripal and his daughter Yulia with a nerve agent in the city of Salisbury in March, May convinced dozens of countries including the United States and most EU states to expel Russian diplomats, prompting Moscow to take retaliatory action.

Monday’s parliamentary report came after news that the best-known Russian businessman in Britain, the owner of Chelsea football club Roman Abramovich, had yet to have his UK visa renewed after it expired last month.

Abramovich has not been accused of any illegal activity.

Also on Monday, Britain’s media regulator opened a further three investigations into Russian news channel RT to see whether it had breached impartiality rules in its reporting.