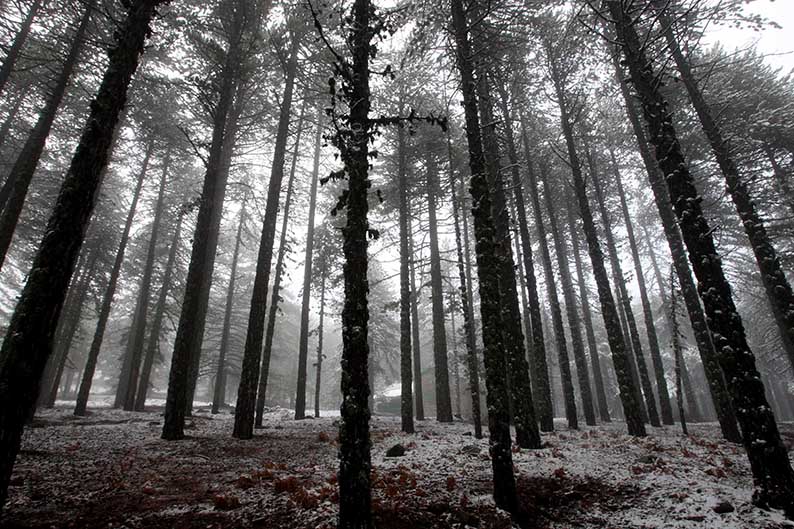 New finds including stone tools, pictographs, jewellery and animal feed have been uncovered during the latest excavations at a Neolithic site in the Troodos mountains by a research team from the department of history and archaeology at the Aristotle University of Thessaloniki (AUT).

The Rhoudias site is situated in the south foothills of Troodos near the Xeros River in the Paphos District and the project comes under the direction of Professor Nikolaos Efstratiou from AUT, an announcement said.

The new finds were discovered some metres away from an earlier hunter-gatherer settlement named Ayios Ioannis/Brescia-Rhoudias, which has been excavated by the same archaeological team for a number of years.

The new location has been named Ayios Ioannis/Brescia-Ano Rhoudias and according to the initial evidence, was an agricultural settlement, “the extent and exact nature of which is still under investigation,” the antiquities department said.

“This new evidence confirms that the mountainous hinterland of Cyprus is equally important to the research interests as the lowlands and mainly coastal areas as far as the early prehistory of the island is concerned,” it added.

“It should be noted that stone tools and vases found in the wider area had preceded the archaeological research, confirming the estimation of the archaeologists that in the early prehistoric years, Troodos was not an area of exclusively seasonal and marginal activities, such as hunting, but also had a permanent presence of farmers and breeders from groups that among other things were characterised by intense mobility, and the movement of raw materials”.

It added that the prehistory in the mountainous areas of Cyprus uncovered by the research team “opens a new chapter in the archaeology of the island that aspires to include in the discussion theoretically marginal areas and their role in shaping the Cypriot cultural tradition over time,” the announcement said.

Part of the Troodos digs is to explore the area’s environmental dynamics, which the antiquities department said must have greatly affected the decisions made by the hunter-gatherer groups who seem to have visited this area frequently throughout the island’s early prehistory (10,000 – 6,000 BC).

The finds so far in the area as a whole have reinforced the view that the particular river terrace in the Troodos mountains, next to the Xeros, was repeatedly visited by groups of hunter-gatherers who remained at the site for an unknown period each time, and whose trip was part of a route from the coast to the mountains and vice-versa but, according to the latest discoveries, also had permanent settlement.

The department stressed however that the “absolute dating from the Roudhias site” was still pending.

Our View:  Labour shortage must be addressed