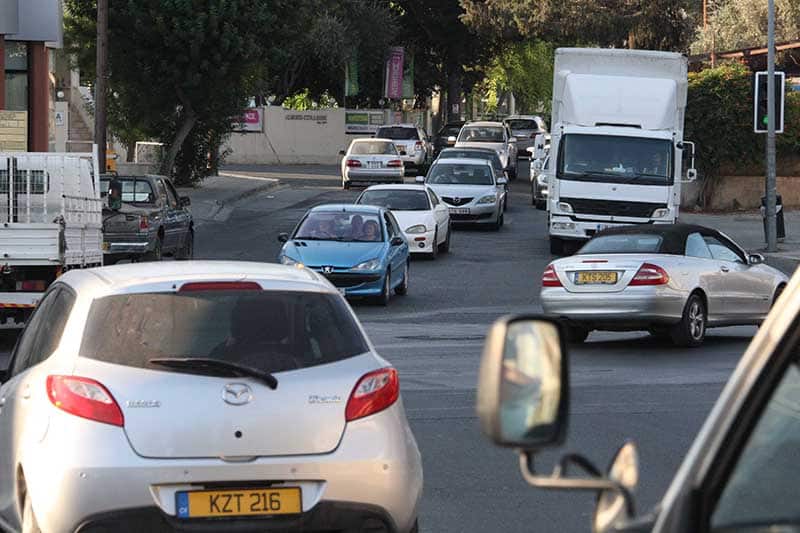 A new, tougher system for traffic offenders is in the works that will increase on-the-spot fines as well as expedite the suspending of driving licenses.

Under legislation drafted by the ministry of justice, the traffic police would notify the Road Transport Department (RTS) when a driver reaches or exceeds 12 penalty points. The director of the RTS will then contact the motorist and inform them that they have five days in which to appeal the suspending of their licence.

If the person does not appeal within the allotted five days, the RTS will proceed with suspending the driver’s licence effective immediately.

Initially, the ministry had proposed that the license be suspended by the police officer issuing the last citation – where the limit of 12 penalty points was reached. However, the attorney-general’s office said this could potentially be unconstitutional and advised that drivers must instead be afforded the opportunity to be first heard prior to suspension.

The tweaks are being made after flaws were discovered in the current system. According to Phileleftheros, there are cases where motorists have accumulated more than 12 points but they are still behind the wheel.

Assistant director of the police traffic department Harris Evripidou told the Cyprus Mail this happens because at present only courts have the power to suspend a driver’s licence.

If, for instance, a traffic offender has accumulated 11 points, once they commit another offence the police officer cannot impose any additional penalty points.

This is because citations also carry a fine; were the driver to pay the fine, it would be as if he or she is settling the traffic violation out-of-court, and this is not possible because drivers must by law appear in court once they reach 12 points.

Therefore in these cases the police officer does not issue a citation, but records the violation and the driver is informed that he or she must appear in court.

In the interim – between the last traffic offence and the court date – the person is able to continue driving.

The court may then decide to impose additional penalty points, impose a fine or order the licence suspended.

The court may also decide, if it has imposed other sanctions, to deduct points or even wipe the slate clean, although it is not obligated to do so.

The upshot is that it is now possible for a person to end up with, say, 15 points on their licence after a court decision. And if the same person later commits another traffic violation, again the police cannot issue a citation or penalty points and the offender goes back to court.

“It’s a paradox, yes, which is why they’re trying to fix it,” said Evripidou.

Under the current system, points are automatically erased three years after the date of the related traffic offence.

The government is additionally preparing other regulations which will provide for stiffer fines – particularly for serious offences such as reckless or negligent driving, or driving under the influence. In some instances the monetary value of these fines will be tripled or quadrupled.