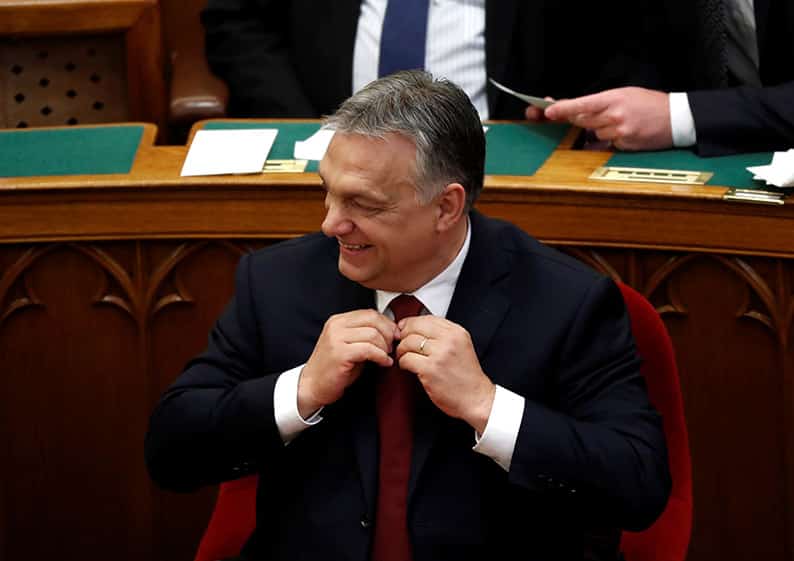 Doctor Rozalia Gorbe is not a fan of Hungary’s Prime Minister Viktor Orban but she understands why voters have turned in large numbers to his right-wing, anti-immigrant Fidesz party even in the multicultural district of Budapest where she works.

Gorbe, a general practitioner, has more than 1,000 patients in Budapest’s 8th District, whose popular mayor, Mate Kocsis, will now head the Fidesz parliamentary group after winning a seat in the national assembly in Hungary’s April 8 election.

“People like the mayor because he improved the area. And they vote for Fidesz because it defends them against migrants,” Gorbe said, alluding to popular fears of large-scale immigration that Orban successfully exploited in his election campaign.

The number of Hungarians voting for Fidesz jumped by more than half a million from the previous election in 2014 to 2.8 million, boosted by a robust economy, low unemployment, surging wages, lower utility bills – and the kind of anti-migrant rhetoric that has made Orban a bogeyman among liberal Europeans.

In the 8th District too, where Arabs, Africans and Asians are far more numerous than elsewhere in still mostly homogeneous Hungary, Orban’s attacks on asylum seekers and the EU’s attempts to accommodate them struck a chord.

Orban says the large influx of mostly Muslim migrants, many fleeing conflicts in the Middle East, since 2015 pose a threat to Europe’s Christian civilisation and he has refused to accept migrant quotas proposed by Brussels.

Memories are still fresh in the 8th District of the migrants who camped en masse during the summer of 2015 in Budapest’s main railway station nearby – even though most subsequently moved on westwards to Austria, Germany and beyond.

“Orban gives (voters) an enemy,” said political scientist Peter Tolgyessy, a key participant in the 1989 overthrow of Communism who then spent 16 years as a lawmaker, half of that time for Fidesz.

“If the migrant crisis peters out, he will find some other enemy… which he alone can fend off. He is extremely efficient at tapping into people’s fears and aspirations.”

But it is also the government’s success at rebooting Hungary’s economy that, for example, has helped Fidesz to boost its support in the 8th District by 20 percent, turning it from a closely contested seat into a ruling party stronghold.

“If there were five elections in a row, I would choose (outgoing Fidesz mayor) Mate Kocsis five times,” said Maria Banki, a street cleaner.

Banki said she rarely used to vote, and never until last month for Fidesz. A 40-year resident of the district, she said she used to have difficulty making ends meet until she found her current job with the municipality four years ago.

Asked what she now expected of Fidesz, she said:

Like many voters, she saw migrants as a security risk.

“Orban told us that while he’s in power there will be no immigration,” she said approvingly.

In a survey released by the news portal index.hu last week, Fidesz voters said they supported the party firstly for its economic policies and secondly for its handling of migrants.

Voters were not particularly concerned by EU and opposition accusations that Orban’s government has undermined judicial and media freedoms and that it is encouraging a form of crony capitalism in Hungary, the poll showed.

A Reuters inquiry earlier this year found that some of Orban’s closest friends and family had used state and EU funds to enrich themselves in recent years.

Orban and Fidesz have denied corruption charges but say Hungary needs a new, home-grown business elite to offset the influence of foreign capital.

Local resident Krisztian Fulop said much of the criticism of Orban’s record was simply beside the point for many Hungarians.

“It is way above most people’s heads. People are used to thieving politicians… At least Fidesz returns some of the dough. Wages have gone way up, people understand that,” he said.

Tracing a thread all the way to the start