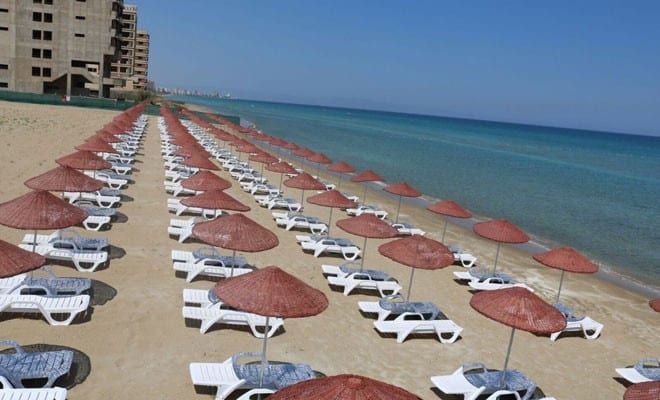 Dherynia beach, by the fenced area of Famagusta in the north, will reopen to Turkish citizens and those with ‘TRNC’ papers from Friday, according to a report in Turkish Cypriot media.

In an article published by Yeni Duzen on Wednesday, the daily said the beach would operate under the authority of the ‘security forces’ in the north and Famagusta ‘municipality’.

Last year, the forces had signed a protocol with Famagusta “municipality” to jointly operate the beach from May 15 to October 5. Sources from the military told the paper there were delays because the ‘municipality’ had works to undertake at the beach.

Rumours that the forces effectively cancelled the protocol and took over the beach were disputed by both Famagusta ‘mayor’ Ismail Arter and the security forces who outlined the protocol was still in place.

Arter also denied to Yeni Duzen that expenses for Dherynia beach amounted to over 1m Turkish lira (close to €200,000)

According to the Cyprus News Agency, the beach had opened in August last year and although it was set to be open to everyone, there was a controlled entrance only for people with a Turkish nationality or ‘TRNC’ documentation, prompting fury in the north.

The beach is 240metres wide, with 240 sunbeds and a canteen for food, CNA reported.