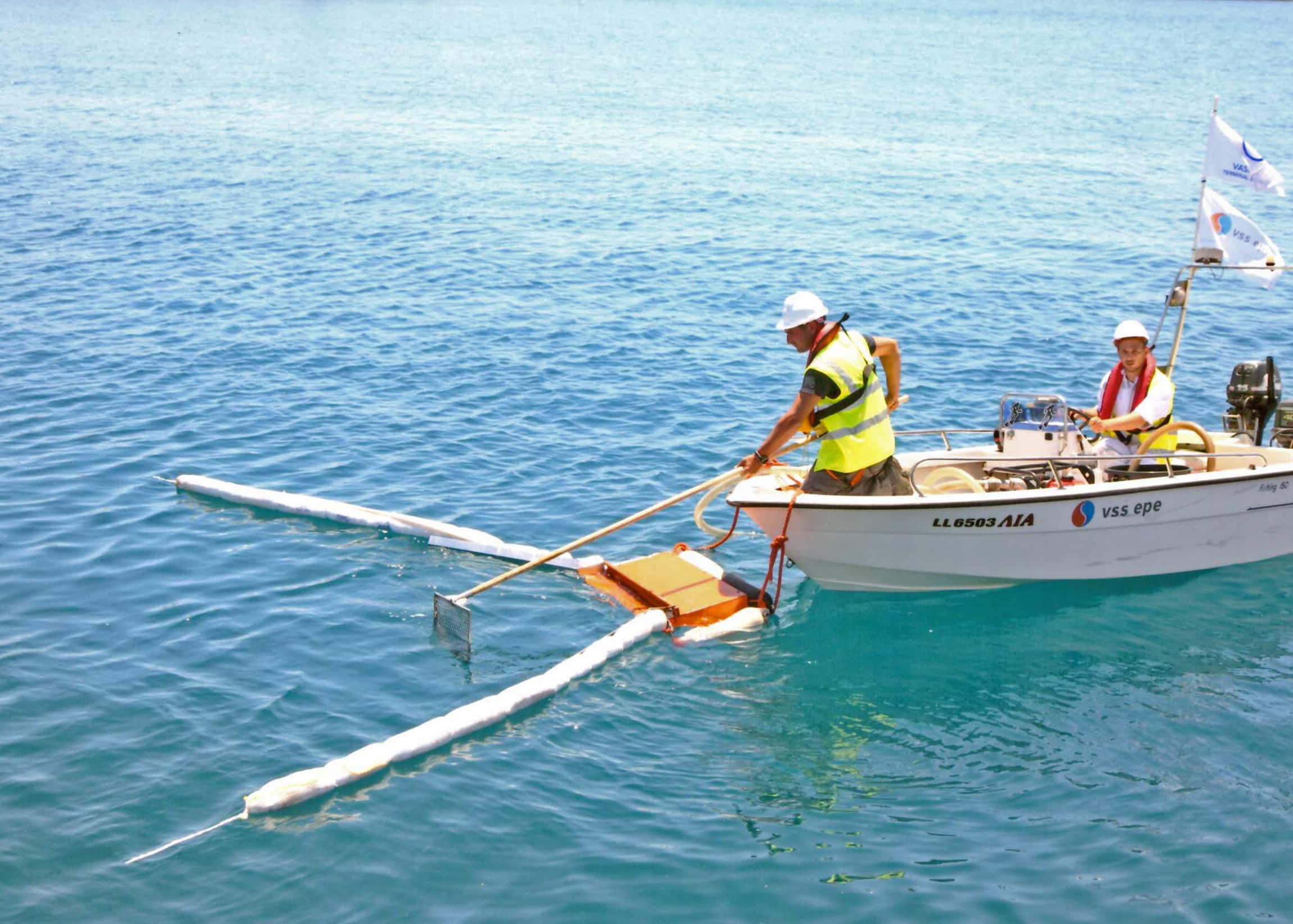 Clean up vessels which patrol the Limassol coast every day

The newly launched Limassol sea patrol successfully cleaned up a large mass of human waste off the coast before it reached bathing areas, authorities said on Wednesday, leading the contractor who sorted out the mess to make a desperate plea for the state to take drastic measures to stop such incidents.

The excrement and other toilet waste, which was detected and dealt with on Tuesday, had spread in the sea along the coastal October 28th Avenue, from the beginning of the avenue all the way up to the old port of Limassol.

“We are talking about many kilometres, and it was between eight and 10 metres wide,” Dr Costas Papastavros, director of the company VSS-EPE Environmental Protection Services Ltd, whose vessels tackled the spill, told the Cyprus Mail on Wednesday.

Dr Papastavros said that it took the two boats three hours to clear up the human waste, which was believed to have been flushed from a vessel. To break up the matter, a large quantity of biological dispersant was used.

The Limassol municipality said in an announcement that authorities are investigating to find out where the spill came from.

But Dr Papastavros said that this cannot go on and that authorities must find ways of preventing such “criminal” incidents, which are at the expense of the public.

He added that they barely managed to contain the spill before it reached swimming areas.

“Yesterday, until the afternoon, we were collecting solid garbage from the water, from sanitary pads, to garbage bags,” he said. “The source of the problem must be located, wherever it comes from, otherwise we will have the same problems like last year”.

The sea and land patrols which started on Monday are the new measures Limassol local authorities are taking to avoid incidents of the last few years when bathers complained of swimming in filthy waters and even of developing skin conditions.

The patrols, that will be in force between May and September, will be carried out by vessels belonging to both private companies and the authorities.

A land patrol along the coastal road will also be carried out to clamp down on pollution within bathing areas.

Last year, Limassol mayor Nicos Nicolaides called on the government to step up and do its job after sewage, apparently dumped by ships anchored off the coast, was brought in onto the beaches by the tide.

Members of the public had long been complaining even posting pictures on social media of the sewage polluting their beaches.

“Limassol municipality is appealing to all state departments to actively assume the responsibilities defined by legislation,” he said at the time.

He was referring to the environment service, the fisheries department, the merchant shipping department, the district administration, marine police and the ports authority.

Strict sanctions are provided for in the law for polluters but no noteworthy penalty has been imposed in recent years.

Transport Minister at the time Marios Demetriades in his own statements a few months after the mayor spoke out, said authorities had no idea where rampant pollution off the coast of Limassol was actually coming from.

A study by the University of Technology (Tepak), which was made public, showed the Limassol port’s anchorage is the main source of pollution along the city’s coastline.

The findings were based on the results of laboratory testing of samples collected. To a lesser extent, fish farms south of the Limassol port were also found to discharge polluting substances like fats and oils, but these were considered of secondary importance.

Other minor polluters identified, the study said, were the Limassol port and marina.

After the study was concluded, various meetings were held, both by the Limassol municipality and the transport ministry, where the findings and recommendations were discussed. None of the study’s conclusions were challenged at any of these meetings, Costa noted, and the vast majority of stakeholders agreed that the anchorage appeared to be the main source of pollution along Limassol’s coast.

Man jailed for seven years after abusing girl for years